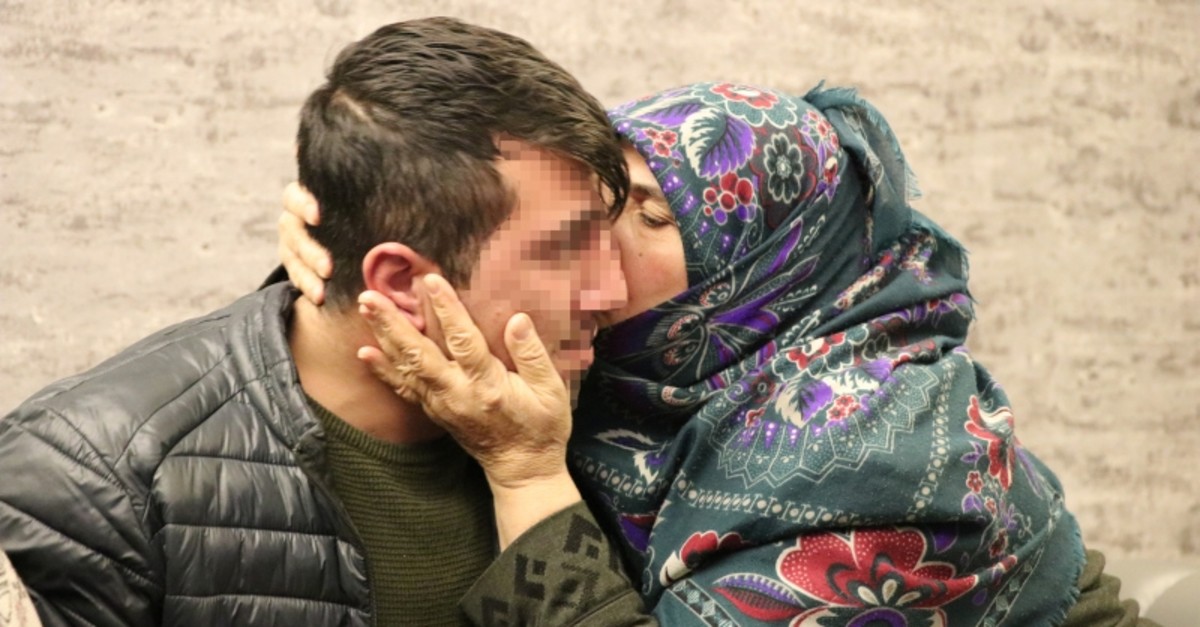 A grandmother who had joined a protest against the pro-PKK Peoples' Democratic Party (HDP) in southeastern Diyarbakır province has reunited with her grandson. On the 130th day of the sit-in, carried out in front of the party's provincial building in protest of the HDP – who are accused of facilitating the abduction of children for recruitment to be used in terrorist acts for the PKK – families have maintained their determination.

The grandmother, Halime Kadran, and the aunt of the abducted child, G.A., reunited with İbrahim Hali Kadran on Friday, marking the fourth family that has seen the result of their unyielding protest against the HDP.

The grandson, who had been abducted five years ago, was convinced to surrender by security forces at Şırnak province's Habur border gate following continuous communication and persuasion efforts. Four other terrorist members surrendered together with Kadran Thursday.

According to a statement by the Interior Ministry, the number of terrorists surrendering as a result of persuasion efforts by security forces has risen to eight since the beginning of 2020.

The interior ministry said in a Nov. 26 statement that the dissolution of the PKK has been accelerated due to Turkey's successful counterterrorism operations and strategies both at home and abroad.

While the engagement in terrorist organizations decreased in general, the number of defectors rose, showing the positive influence of cooperation between the families and security forces. Families that struggle against terrorism work in cooperation with the security forces for the safety and the well-being of their children.

Since the beginning of their protest, the mothers have received support from across the country with almost all segments of society expressing solidarity with their cause. The number of participating families reached 66 when Gülbahar Teker joined the protest Tuesday, coming from Muş for her son who was abducted six years ago at the age of 26.

According to a statement by the Interior Ministry on Nov. 26, the dissolution of the PKK has recently accelerated thanks to successfully conducted counterterrorism operations and strategies in Turkey and abroad.

The statement said significant numbers of terrorists have started fleeing the PKK and surrendering. More than 235 terrorists had surrendered to Turkish security forces in 2019.