20,000 Syrians in school after Turkey freed area of terrorists 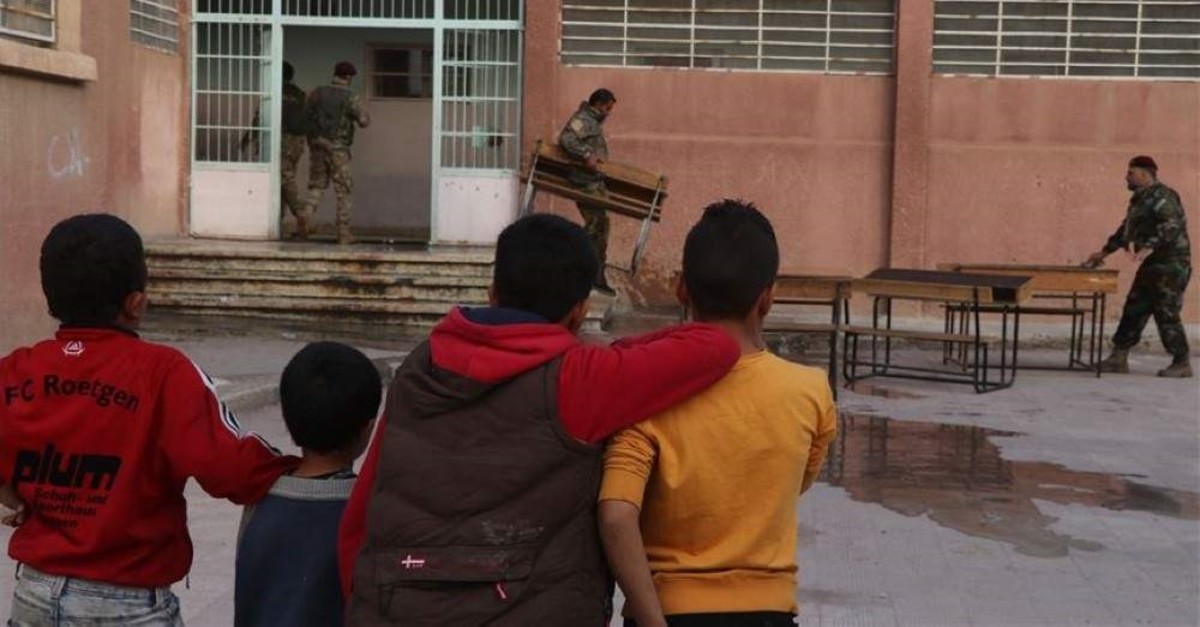 Some 20,000 students deprived of education for many years due to the YPG/PKK terrorist group's occupation of northern Syria have started filling classes after the area was liberated of terrorists, Turkish officials said Friday.

Students in Tal Abyad and Ras al-Ayn, both cities cleared of terrorists by Turkey's anti-terror Operation Peace Spring in northern Syria, began their education in schools renovated under the governor's office of Turkey's southeastern Şanlıurfa province, bordering Syria, through its Syria Support and Coordination Center (SUDKOM), said a statement by the office.

The Ataa Humanitarian Aid Association, in coordination with Turkey's Disaster and Emergency Management Presidency (AFAD), distributed some 75 diesel heaters and 3,330 liters of fuel to schools to address their heating needs.

A number of sports and social activities were also provided in the schools by related institutions in the area.

On Oct. 22, Ankara and Moscow reached a deal under which YPG/PKK terrorists would pull back 30 kilometers south of Turkey’s border, and security forces from Turkey and Russia would carry out mount joint patrols there.

In its more than 30-year terror campaign against Turkey, the PKK – listed as a terrorist organization by Turkey, the U.S. and the European Union – has been responsible for the deaths of 40,000 people, including women and children. The YPG is its Syrian offshoot.