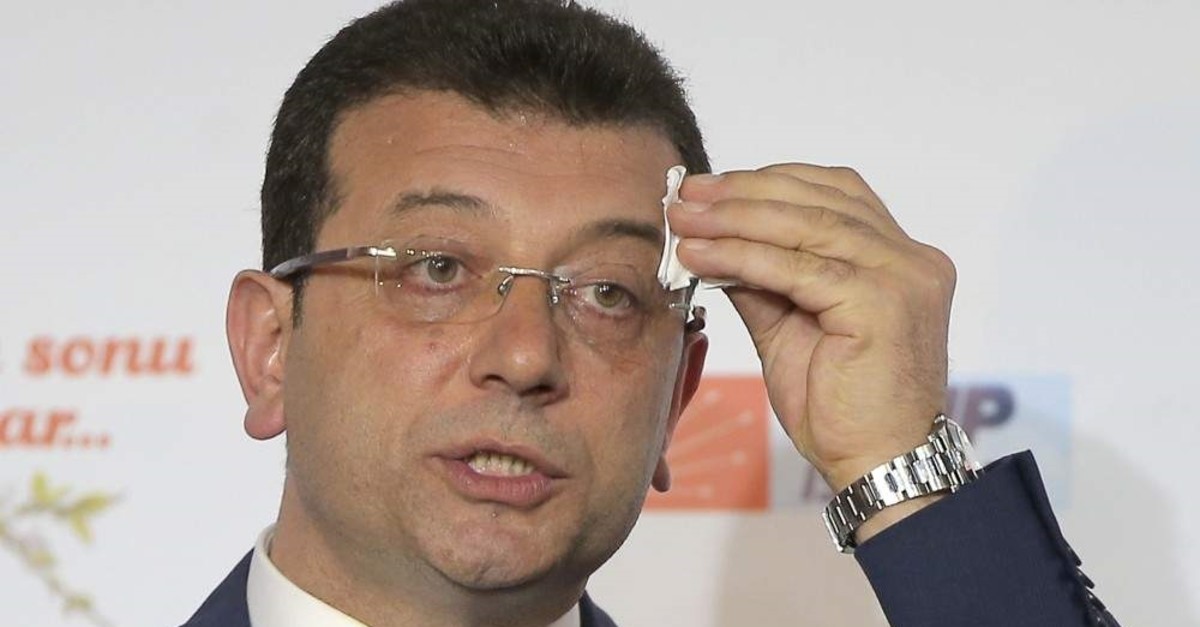 According to Kenan Kıran's article that was published by the Sabah daily Monday, the İBB sells the books of Sakine Cansız through istanbulkitapcisi.com which is linked to the cultural department of the CHP-led İBB.

The incident made headlines following reports that wives of CHP Chairman Kemal Kılıçdaroğlu and Istanbul mayor Ekrem İmamoğlu attended a play converted from the book "Devran" by pro-PKK People's Democratic Party's (HDP) former leader Selahattin Demirtaş, bringing massive pressure on the opposition party. Soon after, it became apparent that Demirtaş's play was not the only case in which a CHP-led municipality showed support to PKK-related issues as it was revealed that Cansız's books were also being promoted by the İBB.

Cansız was a senior PKK terrorist, being one of the founders of the terrorist group and the head of its women organization. The book that especially arose the scandal, "Hep Kavgaydı Yaşamım" ("My life has always been a struggle"), details and promotes the activities and actions of the PKK. Cansız was introduced as a hero in this book, which has three volumes. Apart from selling the book, İBB promoted it in a way that glorifies the terrorist, writing: "Sakine Cansız, who is a hero and the main character of a legendary life, tells the story of a woman from Dersim and touches upon the resistant aspect of a woman and the adventure of her self-realization. The first volume of the book tells the story of Cansız's childhood until her first years in prison. This book also sheds light on Cansız's family, the living conditions in her childhood, her acquaintance with fighting for freedom and the events that took place during the period of her arrest."

Following the backlash, İmamoğlu pointed out that Cansız's book has been on sale at istanbulkitapcisi.com for five years. Although the book has been sold since 2014, it was removed from the website following the justified negative reactions.

Previously, the current head of CHP's Istanbul branch Canan Kaftancıoğlu was criticized and convicted for conducting PKK propaganda by praising Cansız. After Cansız's death in France in 2013, Kaftancıoğlu shared a quote from her social media account, saying: "The history of humanity begins with a woman. Humanity loses with the actions done against women." As a result, Kaftancıoğlu was sentenced to nine years in prison on charges of spreading terror propaganda.

"I found the phrase of 'three women' too distant, official and ordinary. They should be called 'three revolutionist women.' They died because they were revolutionist," Kaftancıoğlu further expressed on Twitter, referring to Cansız's fellow terrorists Leyla Sönmez and Fidan Doğan. Kaftancıoğlu deleted her posts after she was elected as the head of the CHP Istanbul branch.

The CHP has long been criticized for its alliance with the pro-PKK HDP against the Justice and Development Party (AK Party). The CHP has refrained from officially including the HDP, which has been condemned for its close ties with the PKK. In the 2019 local elections, the HDP decided not to nominate any candidates in Istanbul, İzmir or Ankara and backed the National Alliance instead. CHP was criticized for establishing close links with pro-PKK HDP in these elections. The scope of cooperation between these CHP and HDP led to backlash within the CHP party organization.

These recent moves provoked a massive reaction, both on social media and from the political circles of the country. President Recep Tayyip Erdoğan and Nationalist Movement Party (MHP) Chairman Devlet Bahçeli criticized Kılıçdaroğlu for going to the play based on Demirtaş's book.

Erdoğan referred to this issue in a parliamentary group meeting in Ankara Tuesday. "The main opposition party and their duplicate party (HDP) are watching the play of a man who is convicted of terrorism. They should join the cry and shout of the mothers in Diyarbakır," the president said.

Bahçeli also criticized the alliance between CHP and HDP. "The ones that formed a so-called play from terrorist Demirtaş's book are strangers to this country's roots. I am calling out to CHP, establish your theater and perform your plays in Qandil or Pennsylvania," the MHP head said, referring to the Qandil Mountains, where PKK's headquarters is located, and Pennsylvania, where Gülenist Terror Group's (FETÖ) leader Fetullah Gülen resides.

In its more than 30-year terror campaign against Turkey, the PKK, listed as a terrorist organization by Turkey, the U.S. and EU, has been responsible for the deaths of 40,000 people, including women, children, and infants.