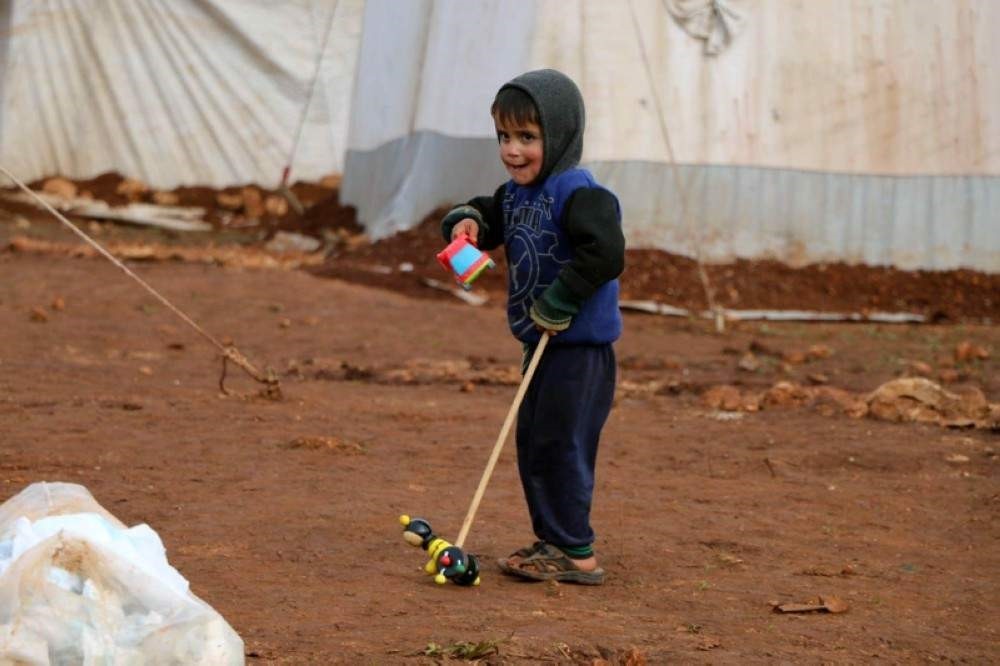 Turkish charities dedicated to providing humanitarian assistance are distributing toys to Syrian children and will build permanent homes for the refugees who fled their homes due to the attacks of the Bashar Assad regime in Idlib.

With the goal to put a smile on the faces of children who sought refuge near the Turkish border in Syria, Turkish aid organizations distribute toys on a regular basis. The Turkish Red Crescent recently gave out toys to children living in camps to make the conditions more comfortable and welcoming for Syrian refugees. 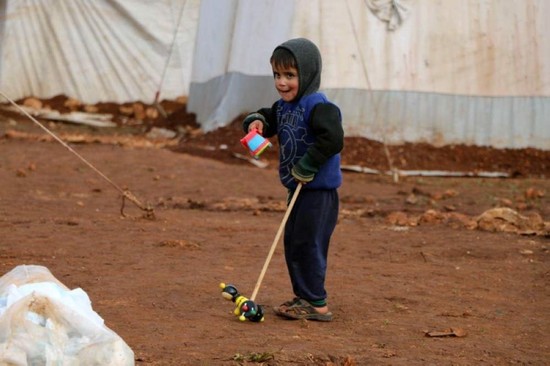 Meanwhile, the Sadakataşı Foundation announced that they have launched the construction of a camp, which will permanently accommodate 1,000 families in Idlib. The goal of the project is to solve the housing problems faced by Syrian refugees in Idlib, Anadolu Agency (AA) reported.

In the statement, Sadakataşı noted that around 300,000 Syrians migrated to Turkey after the attacks of the Assad regime and Russia.

"Our Foundation initiated an emergency call to overcome this humanitarian tragedy. We regularly provide winter aid, food and hygiene supplies to these families," the foundation said in the statement.

Hundreds of thousands of people in Idlib province have fled attacks in recent weeks, moving toward the Turkish border as Russian jets and Assad regime artillery pound towns and villages in a renewed assault launched last month against opposition forces fighting to oust Assad. During the recent regime offense, more than 300,000 people have been displaced in December alone, according to the U.N.