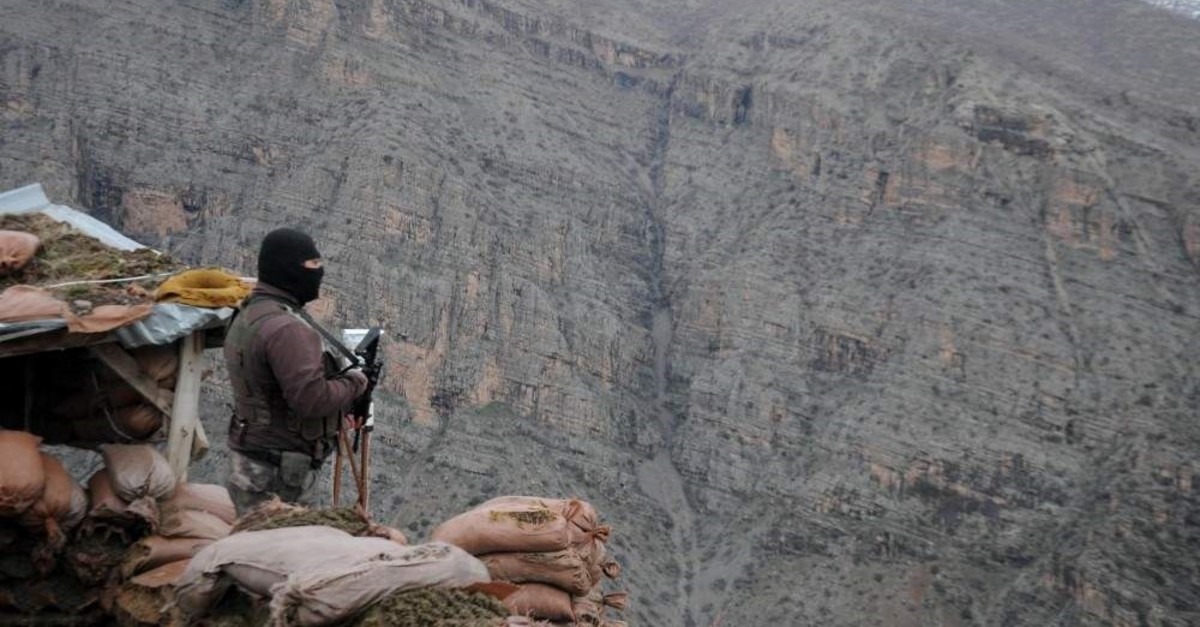 | Sabah File Photo
by Daily Sabah with AA Jan 14, 2020 9:20 am
A Turkish soldier and a security guard participating in counterterror operations in northern Iraq were killed, the Defense Ministry said Monday.

The two were killed during operations in the Haftanin region, the ministry statement said.

Although the statement did not specify the terrorist organization, the area in northern Iraq is used as a base for the PKK/YPG terrorists, who plan cross-border terrorist attacks against Turkey.

In December 2019, a total of 211 terrorists, including three from the country's most-wanted list, were killed in anti-terror operations by security forces.

In its more than 30-year terror campaign against Turkey, the PKK -- listed as a terrorist organization by Turkey, the U.S. and EU -- has been responsible for the deaths of 40,000 people, including women, children, and infants. The YPG is the PKK's Syrian offshoot.
RELATED TOPICS