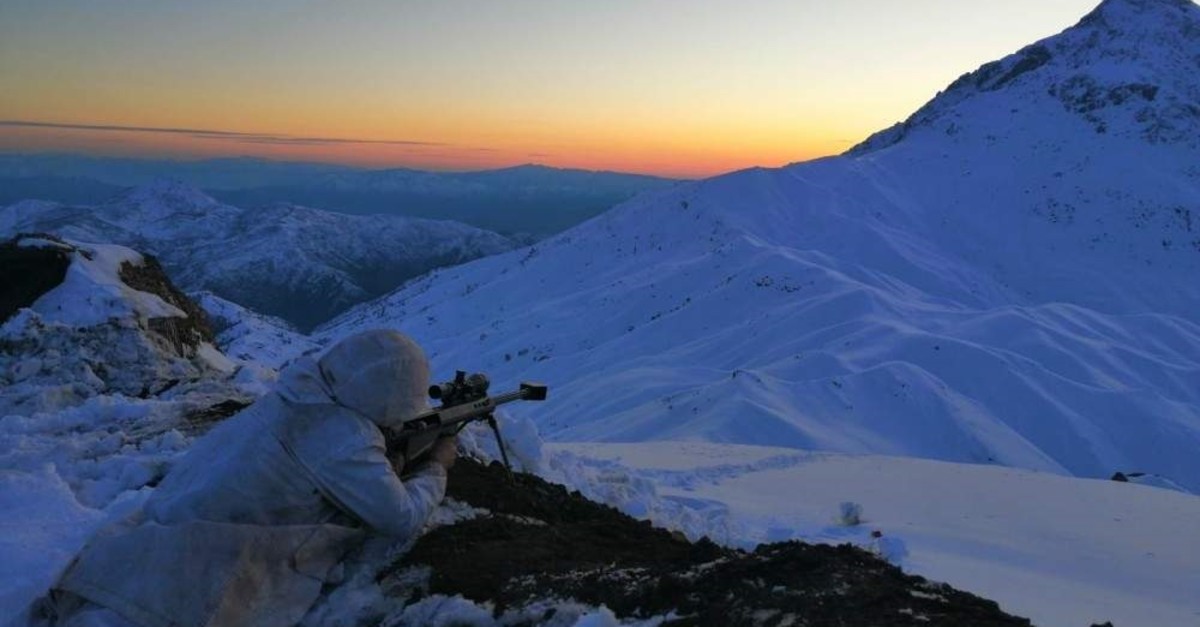 Security forces carry out cross-border operations in northern Iraq, a region where PKK terrorists have hideouts and bases from which to carry out attacks on Turkey. (DHA Photo)
by Daily Sabah with AA Jan 16, 2020 11:53 am

On Twitter, the ministry said the terrorists were "neutralized" in an air-backed operation by Turkish Armed Forces (TSK) in the Hakurk region.

The TSK also carries out cross-border operations in northern Iraq, a region where PKK terrorists have hideouts and bases from which to carry out attacks on Turkey.

The operations were intensified after July 2018 and became routine after the beginning of another extensive campaign, Operation Claw, which was launched on May 27 to entirely eliminate the presence of the terrorist organization in northern Iraq.

On July 13, TSK launched Operation Claw-2 as a follow up to the successful Claw-1.

Operation Claw-3, which was the follow up of the previous two, was initiated on Aug. 23 in the Sinat-Haftanin region in northern Iraq. The operation was launched to facilitate border security, eliminate the presence of terrorists, and destroy terrorist caves and shelters in the region.