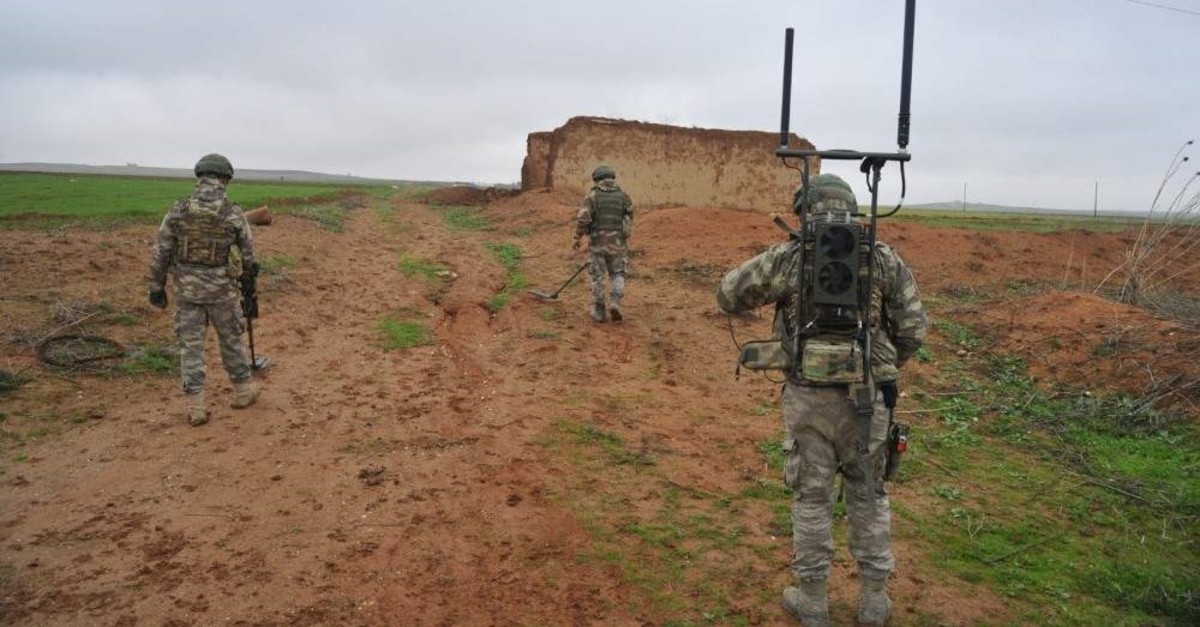 Surrendered YPG recruits who were forced to join the terrorist group are set to be released, the Syrian Interim Government said on Tuesday.

Those that surrendered after being tricked by the terrorist organization to join their ranks and have not committed any terrorist acts will be released after their legal process is completed, the Syrian Interim Government said. The Interim Government called on the forces to drop their weapons and surrender to security forces.

Those forcibly recruited into the PKK's Syrian offshoot the YPG and those who have not committed any crimes on behalf of the terror group will be granted amnesty, Abdurrahman Mustafa, head of the Syrian Interim Government, had announced in December.

Within this scope, 44 people between the ages of 18 and 40 that were previously held against their will by the organization and who answered the call positively were released following the completion of their legal process. These people were released with a ceremony attended by Mustafa and chief of the general staff of the Syrian National Army (SNA), Selim Idris.

One of the people who surrendered, Hasan Yusuf, who was forced to stand guard at a YPG control point, said: “My left eye is blind. They recruited me forcefully. I surrendered when Operation Peace Spring started. It was determined that I was innocent. I have five children. All I want is a nice life with my family.”

Surrendered fighters frequently voice that the terrorist organization is forcing captured youth to fight in northern Syria, threatening them with their lives and their family's lives if they refuse to join. Many surrender once they see Turkish security forces and say that they are treated kindly and fairly by the Turkish army, while urging the remaining terrorists to surrender as well.

Another 18-year-old released former terrorist, Adnan Muhammet Ali, urged his brother who is also within the ranks of the YPG to return home.

One of the forcefully recruited men even said that he wanted to join the national army to take revenge on the terrorist organization.

Mustafa, who pointed out that people caught in the operation were tried with justice, continued by saying: “Our efforts for people to return and for the atmosphere to become safe and peaceful continue. Within this scope, those whose trial was completed were released. We call on Tal Abyad and Ras al-Ayn people once again. Come, return to your homes, the Syrian Interim Government and the National Army will always be on your side.”

YPG terrorists that have intensified their patrols in Syria’s Hasakah and Qamishli provinces in the morning have set up various control points to hold Kurdish and Arab young people. The organization sends young people it has abducted or forcefully detained to alleged “training” camps to be recruited for terrorist acts. After Turkey launched its Operation Peace Spring, the organization has increased its efforts to find new recruits.

On the other side, security forces often voice that the number of terrorist recruits decreased and the number of surrendering fighters increased since Turkey launched its anti-terror operations in northern Syria.