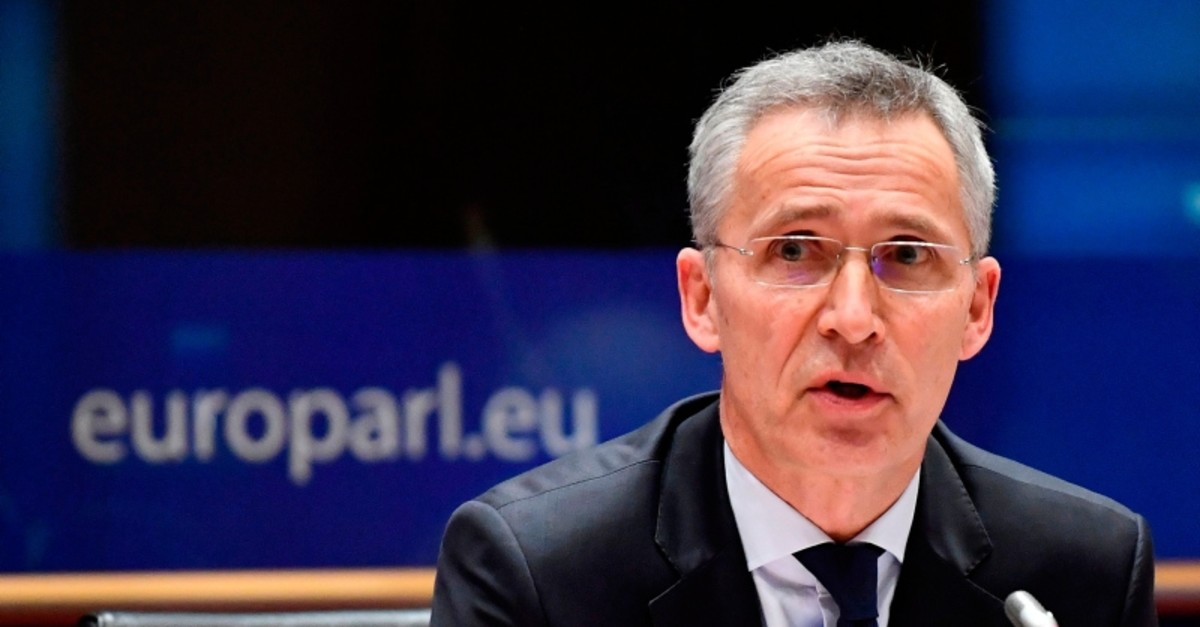 NATO Secretary General Jens Stoltenberg addresses the European Parliament Committee on Foreign Affairs (AFET) and Sub-Committee on Security and Defence (SEDE) at the EU headquarters in Brussels on January 21, 2020. (AFP Photo)
by Anadolu Agency Jan 22, 2020 1:27 am

"No ally has suffered more terrorist attacks than Turkey. They are important in the fight against Daesh. They are the only ally which is bordering Syria and Iraq," he said, speaking in the EU Parliament.

He added that the progress and achievements NATO has made in that fight would not be possible without using Turkish bases and infrastructure.

Stoltenberg said NATO is also extending support to Operation Sophia in the Mediterranean to crackdown on refugee smuggling routes.

"Actually we could do more to provide support if that is requested or called for by the EU, for instance to help implement the arms embargo against Libya," he said.

Stoltenberg reiterated the importance of the transatlantic bond between Europe and North America.

Stoltenberg said this bond is symbolized by NATO itself.