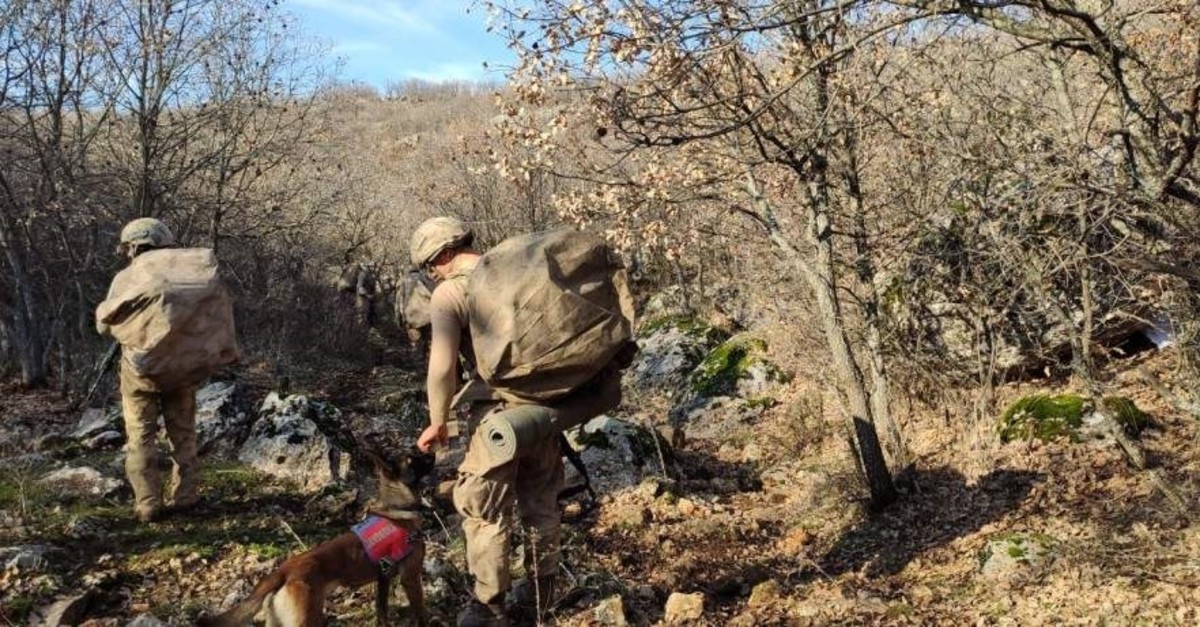 Security forces conduct an operation against the PKK terrorist organization in Diyarbak?r province's Lice district (DHA Photo)
by daily sabah Jan 23, 2020 3:15 pm
A PKK terrorist on Turkey's most wanted list, Semra Tunçer, stated in her indictment that she paid someone TL 150,000 to try to escape the terrorist organization. Tunçer was handed a back-to-back life sentence plus 15 years on several charges including "disrupting the unity and integrity of the country" and "being a member of an armed terrorist group."

Tunçer, code-named Nirvana, was a regional operative of the terror group and is in the gray category of the Interior Ministry's color-coded wanted list, with a TL 300,000 bounty on her head.

With the latest batch of additions, the number of terrorists listed in the most wanted category has increased to 1,302 with 221 terrorists in the red category, 103 in blue, 98 in green, 196 in orange and 684 in grey.

According to her indictment, Tunçer joined the organization at age 15 in a camp in the Netherlands while she was living in Germany in 1990.

"They took us somewhere like a farm far from the city when we arrived in the Netherlands. There were over 100 young people on this farm, and all had come to receive training like me. We stayed more than 45 days on the farm and received ideological education. As the training continued, I still thought I would be sent back home," she stated.

Tunçer elaborated that she went to Syria with a fake passport after training to carry out acts with the organization's mountain team over the course of many years. Later in 2016, Tunçer was sent to Turkey.

"The organization members here received different training according to the province they would be sent to. Since I was in the Diyarbakır group, they trained us on the area's geography, field conditions, the local people's approach to the organization and walking at night," Tunçer said.

Tunçer gave the order to kill an official of the Justice and Development Party (AK Party), Orhan Mercan, according to the indictment. On July 1, 2017, Mercan, the AK Party's Diyarbakır deputy chairman, was shot in front of his house by armed PKK terrorists in the Lice district.

Tunçer said she asked a militia in the Lice district to help her flee the organization. The militia called Tunçer's family, saying that they knew a woman who could help her escape in exchange for TL 150,000. When the family paid the money, the woman came with two others to take her from Diyarbakır to Istanbul, but security forces stopped them on the way.

In its more than 30-year terror campaign against Turkey, the PKK, listed as a terrorist organization by Turkey, the U.S. and the European Union, has been responsible for the deaths of some 40,000 people, including women and children.
RELATED TOPICS