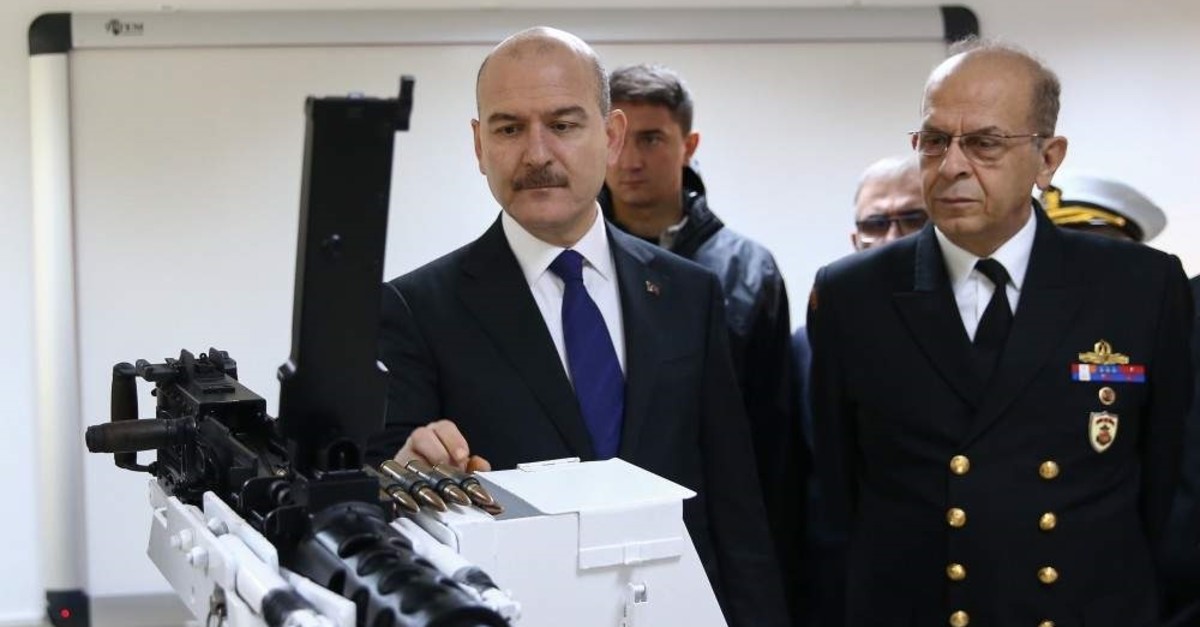 Turkey's Operation Olive Branch launched back in 2018 against the PKK and its Syrian affiliates in northwestern Syria was a crucial step in preventing the terrorist group from turning the region into a hub for drug trafficking, the interior minister said Friday.

"Instability, income equality and ever-lasting wars are triggering drug trafficking and migration. If we had not carried out the Olive Branch Operation in Afrin, the region would have become the center of drug trafficking for the PKK. This situation points to the difficulties that we are facing in the region," said Soylu.

Turkey carried out Operation Olive Branch in January 2018 to drive terrorist groups, including the YPG and Daesh, from its borders.

Terrorist groups, particularly the PKK, have exacerbated the booming regional drug trade. The PKK is accused of smuggling drugs to and from Europe as well as cultivating cannabis in southeastern Turkey as a way to fund its illegal activities. In 2018, Soylu said the PKK terrorist group controls 80% of the drug trade in Europe, earning around $1.5 billion per year.

Soylu also stressed the PKK's pivotal role in European drug trafficking and organized crime. "The EU Drug Markets Report has pointed out that the PKK has been involved with organized crime and drug trafficking. This report has indicated that the volume of the EU's drug market is 30 million euros ($33.11 million) per year and that the PKK controls almost this whole drug market," the interior minister reminded.

The PKK's usage of drug trafficking as a way to finance its terrorist activities has been reported many times before, not only by Turkey but also by several international actors. The report by the European Monitoring Centre for Drugs and Drug Addiction (EMCDDA) and the European Union Agency for Law Enforcement Cooperation (Europol) decried growing gang violence and drug-related homicide in Europe and cited the terrorist group PKK's role in this.

"The PKK ... has been reported to be involved in organized crime, with a few examples of its engagement in the drug trade in the EU," the 260-page 2019 EU Drug Markets Report said.

Speaking on the PKK's relations with Europe and the U.S., Soylu said these ties "contradict each other."

"They are the ones complaining about the PKK and supporting them at the same time. This relationship became apparent years ago, but they do not hold back from supplying guns and providing the right to seek asylum to these terrorist organizations," he expressed, underlining that both Europe and the U.S. are ignoring the PKK's central role in drug trafficking merely because the terrorist group is not conducting terrorist attacks within their borders.

A Turkish police report released on Sept. 26, 2019, said the PKK is active in all phases of drug-trafficking, including production, delivery, distribution and sales. The terror group reportedly produces heroin in laboratories in its camps in northern Iraq and sells it to Europe. In its production process, the PKK terrorist organization forces civilians to produce cannabis roots in the eastern and southeastern provinces of Turkey and uses that money to fund terror activities.