15 PKK terrorists have surrendered so far in 2020 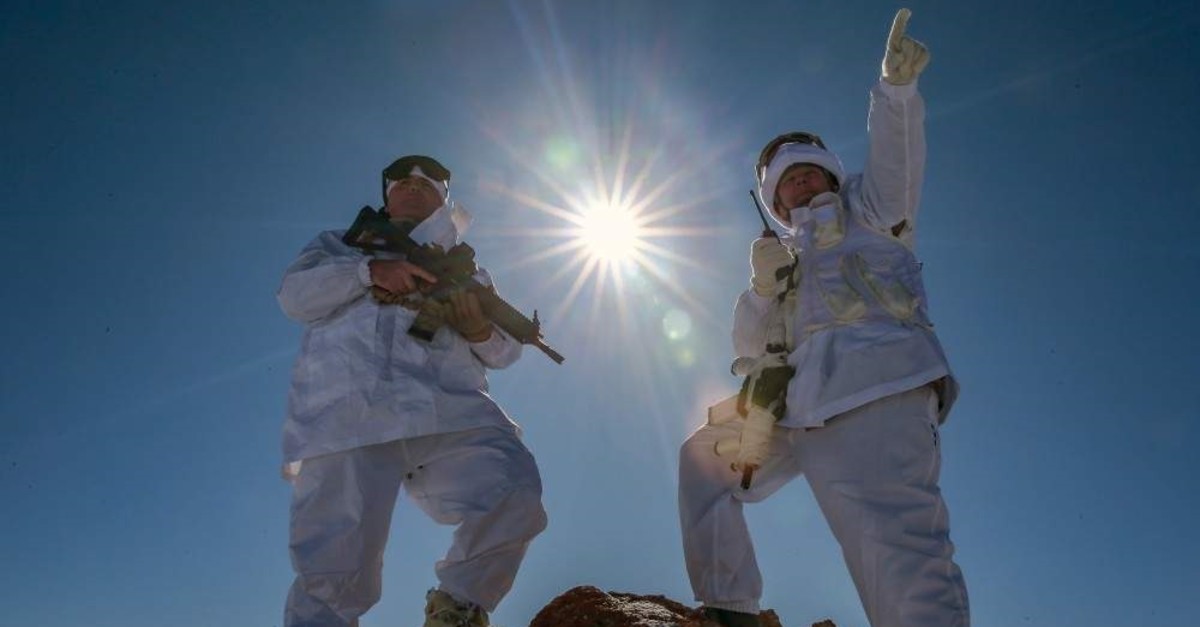 Turkish security forces regularly conduct counterterrorism operations in the eastern and southeastern provinces of Turkey, where the PKK has attempted to establish a strong presence and base. (AA Photo)
by Daily Sabah Jan 26, 2020 1:41 pm

A total of 15 terrorists have surrendered since the beginning of this year with the help of their families, the Interior Ministry said Saturday. Turkish security forces recently persuaded three more YPG/PKK terrorists to surrender.

"The disintegration of the terrorist organization continues," the ministry said in a statement, indicating that three more terrorists surrendered at the Habur border gate to Iraq in Turkey's Şırnak's province.

Although security forces have embarked on various simultaneous counterterrorism operations targeting the terrorist group both within and outside the country, priority has since been given to convincing members of the terrorist group to surrender by reaching out to their families. Using the families as mediators in communication with the terrorists is a method that has proved effective.

The support received by families whose children were forcibly recruited by PKK terrorists, has further strengthened Turkish security forces' ability to convince more members of the terror group to surrender.

While in 2016, 79 terrorists surrendered to security forces, the number has increased in every subsequent year. In 2017, the number reached 105, while in 2018, it was 165. In 2019, however, the process gained remarkable momentum by almost doubling the number from the previous year, with 273 terrorists convinced to surrender.

In a Nov. 26 statement, the interior ministry said that the dissolution of the PKK had accelerated due to the success of Turkey's counterterrorism operations and strategies both at home and abroad. The statement said a significant number of terrorists had fled the PKK and surrendered.

Once former terrorists surrender, they receive various benefits, including the right to education and the freedom to live without fear and oppression. They are not ill-treated, can contact their families freely and are provided with essential judicial assistance. The Turkish state offers a variety of services to ensure their social reintegration. According to some former terrorists, the PKK ringleaders risk the lives of others to save their own and threaten those planning to surrender with torture.

In addition to the surrenders, recruits to the PKK have also suffered a remarkable fall over the years, to the point that there is little to no interest in being a part of the terrorist group anymore. According to statistics, while the number of people who joined the PKK was 703 in 2016, this number fell to 161 in 2017 and 136 in 2018. In 2019, the number fell to just 108.

The number of terrorists in the country has declined to nearly 500 for the first time due to effective anti-terror operations and strategies, the Interior Ministry announced last month.

In its more than 35-year terror campaign against Turkey, the PKK – listed as a terrorist organization by Turkey, the U.S. and EU – has been responsible for the deaths of nearly 40,000 people, including women, children, and infants.