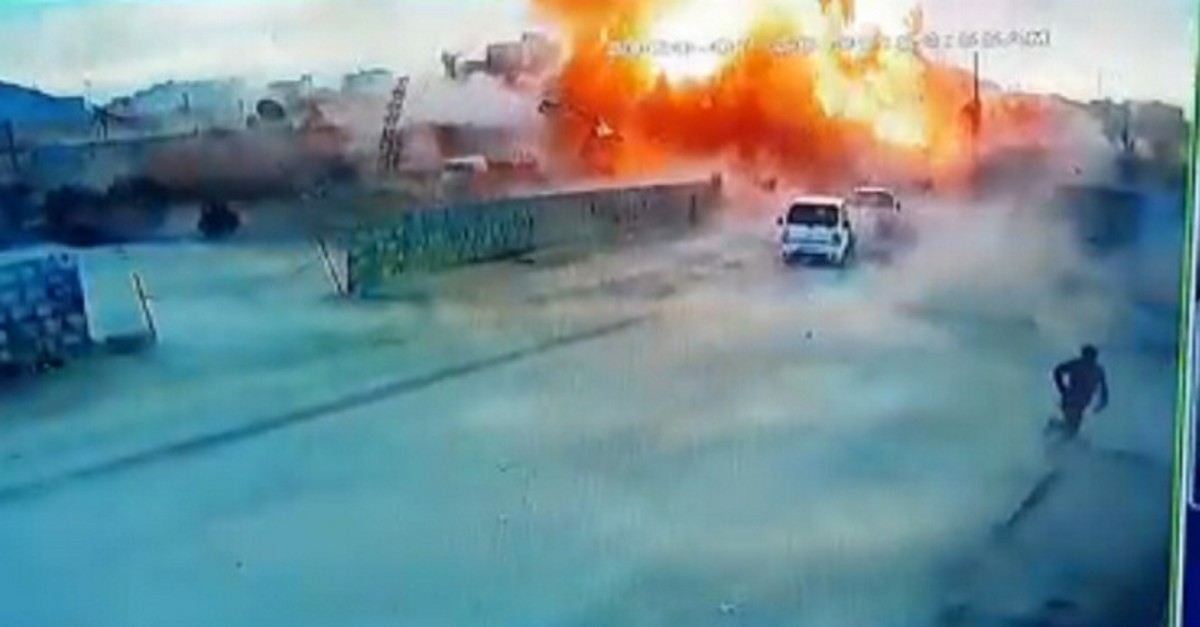 At least eight civilians were killed and 24 others injured when a truck loaded with explosives blew up in Syria's northwestern city of Azaz, local medical and security sources said Sunday.
The truck exploded while it was parked near a gas station, also causing heavy damage to houses and stores in the vicinity, a police source told the German Press Agency (DPA).
The injured were transferred to a hospital.
No group has so far claimed responsibility for the attack, but in the past, the YPG/PKK terror group has used car bombings to attack civilians.

In the last three years, Turkey's Euphrates Shield, Olive Branch and Peace Spring operations liberated the northern Syrian region from YPG and Daesh terrorists, allowing hundreds of thousands of displaced civilians to return to their homes.