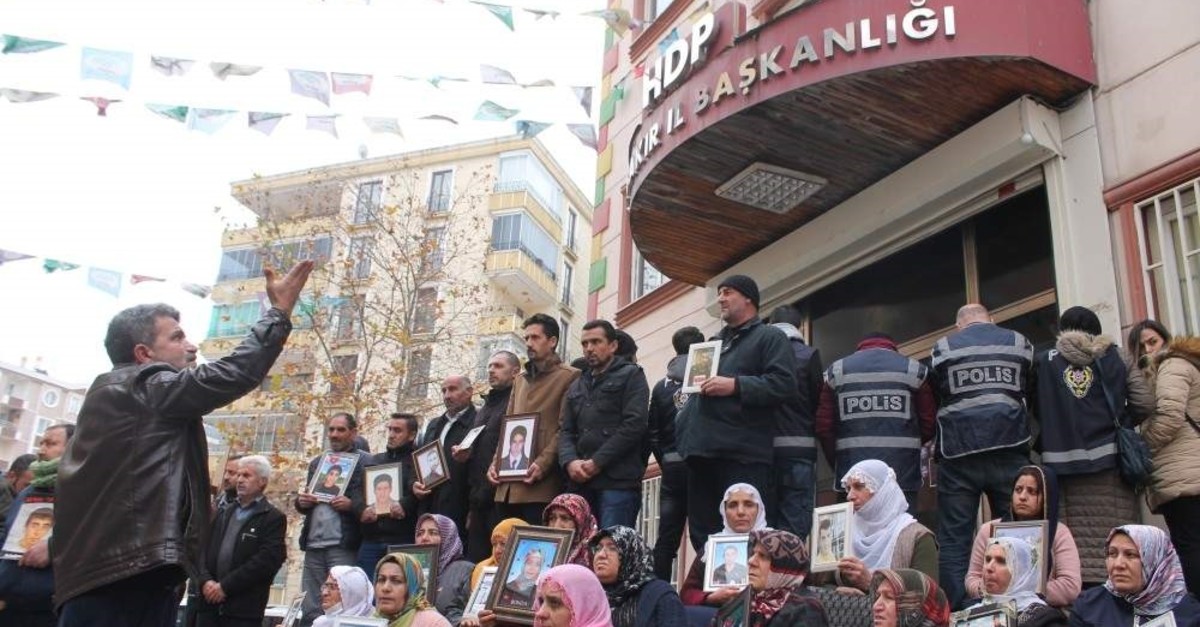 Another family on Monday joined a monthslong sit-in protest against the YPG/PKK terrorist group in southeastern Turkey's Diyarbakır province.

On its 154th day, Nurten Şeker, the mother of a young woman who was kidnapped in the eastern Malatya province 10 years ago, joined the protest staged outside the Diyarbakır office of the Peoples' Democratic Party (HDP), a political party accused by the government of having links to the YPG/PKK.

Nurten Seker and her husband Yusuf Seker explained why they joined the protest.

"I saw that the children of the families participating in the protest fled the terrorist organization and surrendered. Maybe our daughter will see us on TV and return to us," she said.

Yusuf Şeker voiced hope that his daughter, who dropped out of university, would hear their voices and surrender to the Turkish security forces.

Meanwhile, despite the cold weather, mothers who sit in front of HDP's Diyarbakır office continue to protest the YPG/PKK terror group.

Esmer Koç, the mother of Zübeyde, who was kidnapped in southeastern Hakkari province seven years ago when she was 15 years old, vowed not to give up until she meets her daughter again.

"I urge all young people who join the PKK to surrender to the Turkish security forces. The PKK and the HDP want you all to die for their ideologies. But, your parents want you to live," she said.

Şevket Bingöl, the father of Tuncay, another young person kidnapped by the terror group, said he was determined to protest until he hugs his son.

The protest started on Sept. 3 outside the office of HDP in Diyarbakir when Fevziye Çetinkaya, Remziye Akkoyun and Ayşegül Biçer said their children were recruited, coerced or even kidnapped by PKK terrorists.

Since then, the number of families protesting in front of the building has increased as more parents demand the return of their children whom they claim were deceived or kidnapped by the terror group.