Another Kurdish family reunites with their child abducted by PKK 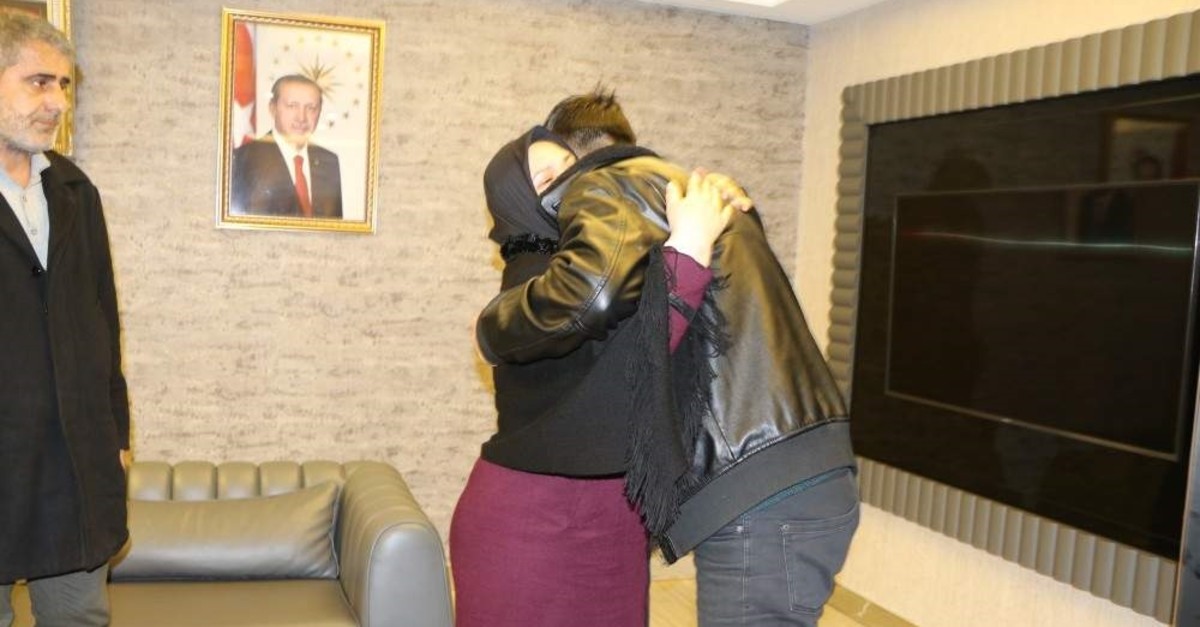 Another Kurdish family, who joined sit-in protests against the PKK terror group in front of the pro-PKK Peoples' Democratic Party (HDP) headquarters in southeastern Diyarbakır province with the aim of saving their abducted children, has reunited with their child after nearly four years of searching.

Necla and Metin Açan were among the 80 families staging a determined protest that has so far lasted 155 days for the return of their children, who they claim were deceived or kidnapped by the terror group. The Açan family is the fifth family to be reunited with their child.

Running away from the terrorist group's camps in northern Iraq, Açan later surrendered to Turkish security forces. After bringing Açan to Turkey from the Habur border gate in Şırnak province's Silopi district, security forces helped him reunite with his family in Diyarbakır.

The protest started one night when Hacire Akar turned up at the doorstep of the HDP's Diyarbakır office. A week later, on Sept. 3, 2019, families inspired by Akar transformed her solo stance into a collective sit-in protest. Akar's son Mehmet returned home on Aug. 24, giving hope to other families.

The sit-in protests are seen as a reaction against the outlawed PKK, a terror group that has abducted and recruited their children. The families also blame the HDP, a political party many believe is in league with the PKK. Since the beginning of their protest, the mothers have received support from across the country with almost all segments of society expressing solidarity with their cause.

They are treated fairly, are able to contact their families freely and are provided with essential judicial assistance. The Turkish state offers a variety of services to ensure their integration into society.

According to their statements, the ringleaders of the PKK terror group risk the lives of other terrorists to save their own and threaten those planning to surrender with torture.