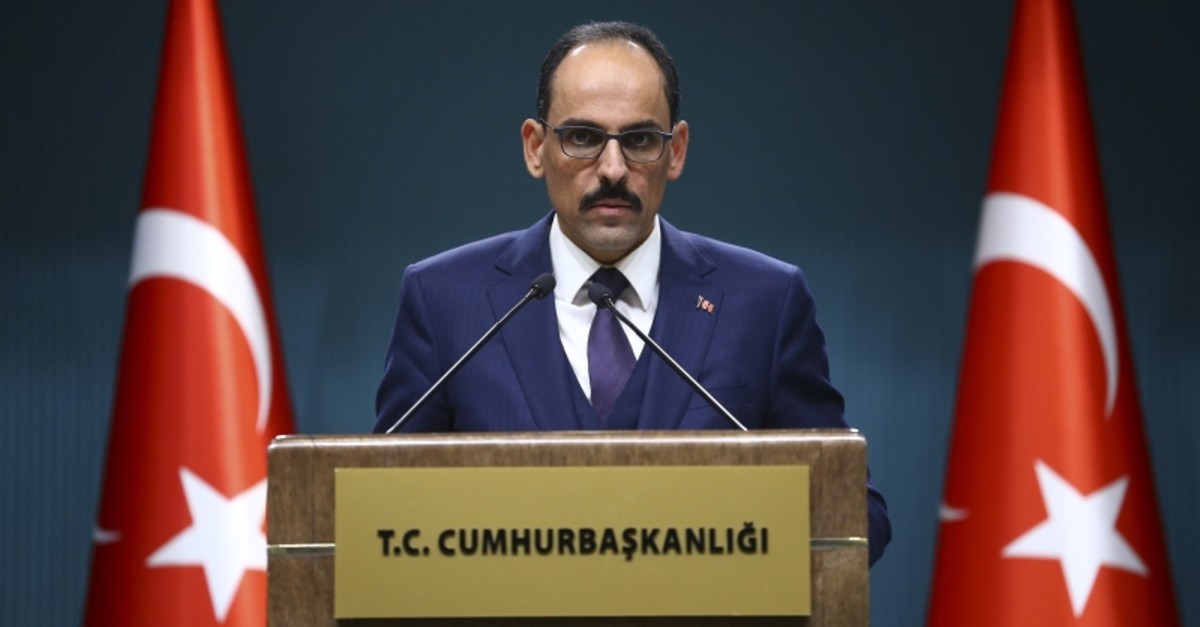 Redrawing the borders of the Idlib de-escalation zone, as determined by the Astana and Sochi agreements, is out of the question, Turkey's Presidential Spokesman İbrahim Kalın said Thursday.

"Our negotiations with Russian and Iranian counterparts continue. The borders agreed on in Sochi are the ones we recognize. We'll take any measures to protect our soldiers," he added.

Speaking at a news conference Thursday, Kalın said the next meeting of the Astana process could be held in March.

Turkey, Russia and Iran held meetings in the Kazakh capital Astana (since renamed Nur-Sultan) in 2017 and announced that Idlib and neighboring cities, eastern Ghouta region of capital Damascus and southern cities, namely Daraa and Quneitra, would be designated as de-escalation zones.

However, the Assad regime and Iran-backed terrorist groups launched attacks in violation of the agreements and thanks to Russian air support, gained control of these territories except Idlib.

The Syrian regime and its allies, however, have consistently broken the terms of the cease-fire – including a fresh cease-fire on Jan. 12 – launching frequent attacks inside the zone, killing at least 1,300 civilians since the agreement.

Kalın said Turkey will continue its efforts with NGOs to prevent the further flow of refugees from Idlib.

The attacks by the regime forces, Iran-backed terrorist groups and Russian strikes are the main reasons behind the migration.

Nearly 1.68 million people have been displaced from Idlib and Aleppo since the beginning of last year.

Throughout the night, the TSK continued deploying additional military forces to the region. A military convoy of 10 vehicles crossed the border into northwestern Syria.

The TSK also bolstered its security on the key M4 and M5 artery highways. Meanwhile, Turkish artillery has been pounding regime targets, with Turkish tanks patrolling the area to prevent any possible threat.