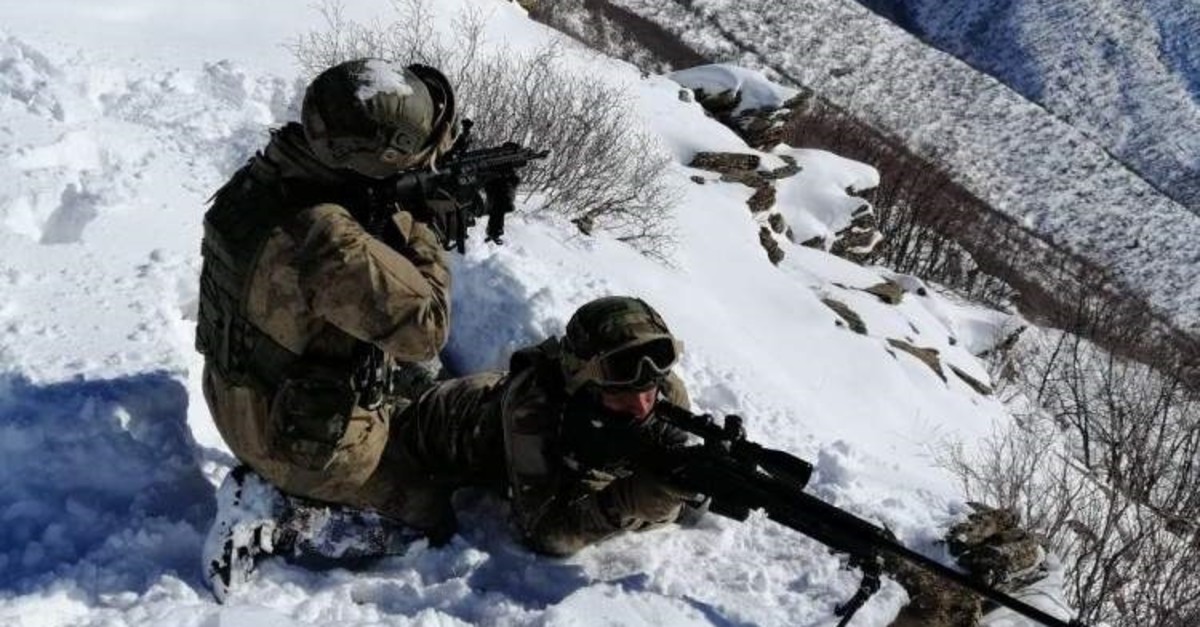 AA Photo
by Anadolu Agency Feb 09, 2020 11:32 am
One of Turkey's most-wanted YPG/PKK terrorists was killed in a counterterrorism operation in eastern Turkey, the country's Interior Ministry’s said on Saturday.
Terrorist Ömer Oran, code-named Bager, was on the ministry’s most wanted list, with a bounty of TL 500,000 on his head. He was killed in an operation in the eastern Erzurum province.
The Interior Ministry's Most Wanted list is divided into five color-coded categories, with red marking the most wanted, followed by blue, green, orange and gray, depending on the sensitivity of their criminal activity.
Turkish security forces regularly conduct counterterrorism operations in the eastern and southeastern provinces of Turkey where the PKK has attempted to establish a strong presence and bases. The Turkish Armed Forces (TSK) also carries out cross-border operations in northern Iraq, a region where PKK terrorists have hideouts and bases from which to carry out attacks in Turkey, with particular attention paid to targeting high-level terrorists.
Operations intensified after July 2018 and became routine since the beginning of another extensive campaign, Operation Claw, which was launched on May 27 in an attempt to entirely eliminate the presence of the terrorist organization in northern Iraq. On July 13, the TSK launched Operation Claw-2 as a follow up to the successful Claw-1.
Operation Claw-3, a follow-up of the previous two operations, was initiated on Aug. 23 in the Sinat-Haftanin region in northern Iraq. The operation was launched to facilitate border security, eliminate the presence of terrorists and destroy terrorist caves and shelters in the region.
In its more than 30-year terror campaign against Turkey, the PKK – listed as a terrorist organization by Turkey, the U.S. and European Union – has been responsible for the deaths of nearly 40,000 people, including women, children and infants. The YPG is the PKK's Syrian wing.
RELATED TOPICS