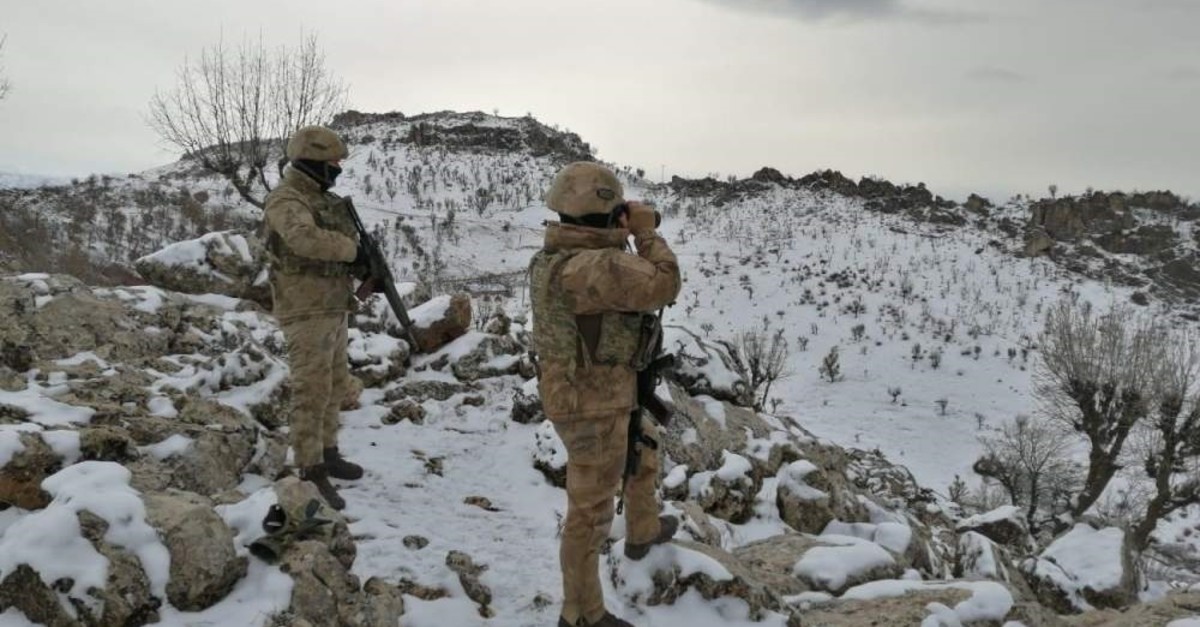 Kapan-6 Zori is an extension of similar operations in the region launched by Turkish forces to eliminate terrorists thought to be sheltering in the provinces of Batman and Diyarbakır, said the ministry in a written statement.

A total of 1,440 security personnel comprised of gendarmerie, police and village guards, as well as 95 special units, are taking part in the operation.

Ramping up its fight against terrorists, Turkey launched Operation Kapan last month to eliminate terrorists in southeastern Mardin province, after completing Operation Kıran across the region against YPG/PKK terrorists.

Last August, Turkey launched Operation Kıran in the country's southeast in Van, Hakkari and Şırnak provinces, followed by 10 more iterations of the operation, including operations Kıran-10 and Kıran-11.

Turkish security forces regularly conduct counterterrorism operations in the eastern and southeastern provinces of Turkey where the PKK has attempted to establish a strong presence and bases. The Turkish Armed Forces (TSK) also carry out cross-border operations in northern Iraq, a region where PKK terrorists have hideouts and bases from which to carry out attacks on Turkey. The operations were intensified after July 2018 and gradually became routine.

In November, the Interior Ministry announced that 518 senior PKK figures have been killed since Sept. 1, 2016, as Turkey continues to target terrorists in extensive operations conducted both within the country and abroad.

According to information released by the Interior Ministry, 23 of these 518 senior figures are from the red category of the ministry's most wanted list.

The wanted list is divided into five color-coded categories, with red flagging the most wanted, followed by blue, green, orange and gray, depending on the level of threat they pose to Turkey's national security.