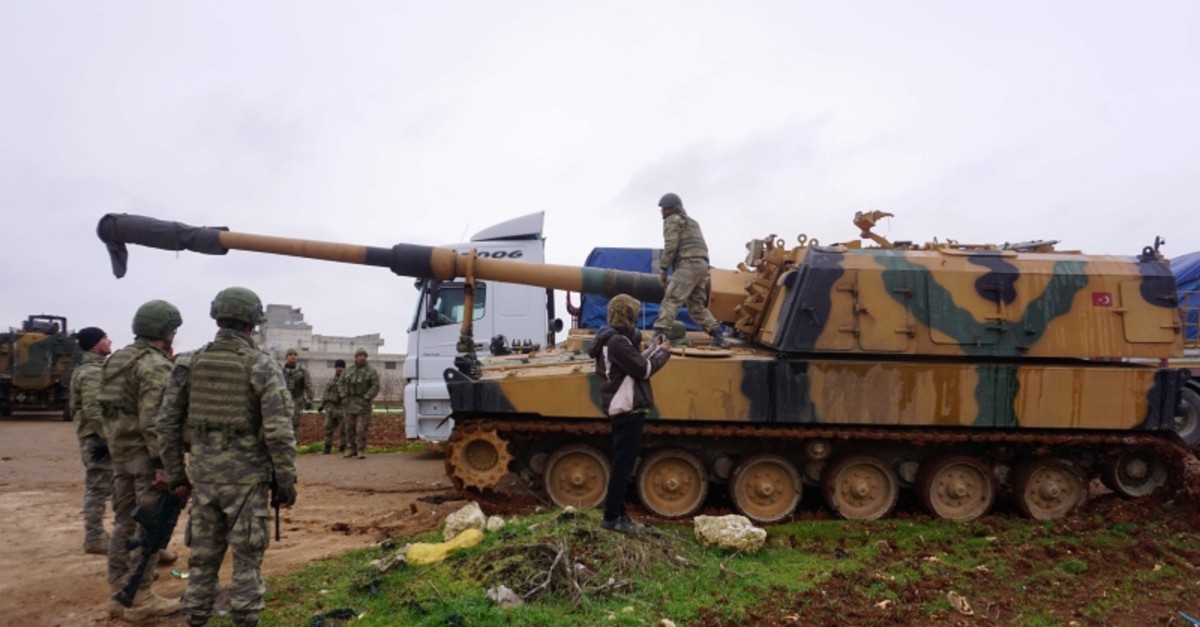 "According to the latest information received from our sources in Idlib, 55 regime troops have been neutralized today," the ministry said in a statement late Wednesday.

Turkish authorities often use the term "neutralized" to imply those in question surrendered or were killed or captured.

The latest development comes in the wake of an attack by regime forces earlier this week that claimed the lives of five Turkish troops. It followed an attack last week by regime forces in Idlib that killed seven Turkish soldiers and one civilian contractor working with the Turkish military. More than a dozen people were also injured.

Turkish troops are in Idlib – nominally a cease-fire zone, under a deal between Turkey and Russia – as part of an anti-terror and peace mission.

But more than 1,800 civilians have been killed in attacks by the regime and Russian forces since then, flouting a 2018 cease-fire and a new one that began on Jan. 12.

More than a million Syrians have moved near the Turkish border due to intense attacks in the past year.

Turkey remains the country with the most refugees in the world, hosting more than 3.7 million migrants since the start of Syria's civil war.