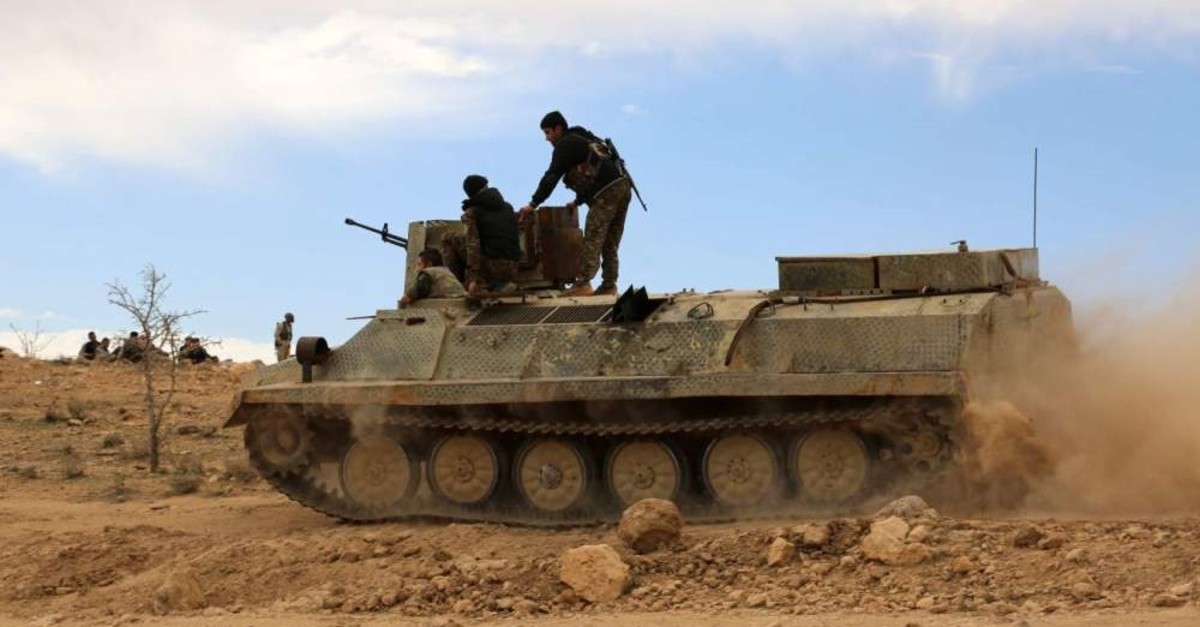 A terrorist, who surrendered to the security forces in southeastern Turkey's Gaziantep, has confessed that the Syrian regime and the YPG/PKK cooperate in their actions in Syria.

“There have been minor disagreements with the regime. However, for the most part, there was cooperation. We avoided entering the areas under the regime’s control,” said the terrorist, identified with the initials M.K. He was reportedly deployed to Syria’s al-Hasakah region up until the end of 2016.

M.K. was persuaded to surrender by Gaziantep police. His journey in the PKK/YPG started in 2013-2014 when he was tricked by a friend into joining the terrorist group.

According to Anadolu Agency (AA), M.K. said he was first directed to a village in Şanlıurfa’s Suruç district. There his cellphone was confiscated and the SIM card was destroyed. Along with indoctrination activities, M.K. and his friend received a new code name in the village and moved to southern Mardin province. From there, the two trespassed into Syria with the assistance of a human smuggler. There they were welcomed by a terrorist with the code name “Mahir.”

“[Mahir] wrote down our birth names, code names, our parents’ names and where we are from in a notebook. He interviewed us, asking questions like, ‘Are your parents patriotic?’ He also said that being patriotic refers to people who sympathize with the PKK and vote for HDP (the People’s Democratic Party). Both my friend and I confirmed that we were patriots. They recorded all the questions and answers,” M.K. confessed, adding that their pictures were also taken with the terrorist group’s flag in the background.

After that, he received training from the terrorist group. M.K. got weapons training as well as basic knowledge on mines, grenades and booby-trapped mines. In January 2015, M.K. was given a gun and was appointed to be a part of the “sabotage” branch of the PKK/YPG. His training continued with the sabotage branch and lasted for only three-and-a-half months, remarkably shorter than usual since the terrorist group needed immediate manpower as it suffered high casualties.

During the ideological part of the training, M.K. said, the PKK emphasized its deeply rooted ties with the HDP.

“They claimed that the DTK (Democratic Society Congress) was an alternative for the TBMM (Grand National Assembly of Turkey),” he said, adding that they were also informed on the Syrian wings of the terrorist group, YPG and PYD.

“In the training, provided by the terrorist group, I was told that institutions like the DTK acted as if they were an assembly and a decision-making body. These were all under the umbrella of the KCK,” he added.

M.K.’s journey ended after Turkish security forces enabled him to get into contact with his family, who convinced him to return to Turkey.

At least 41 terrorists have surrendered to Turkish forces since the beginning of this year.

The Interior Ministry said in a statement on Nov. 26 that the dissolution of the PKK has accelerated due to Turkey's successful counterterrorism operations and strategies both at home and abroad.

Once the terrorists surrender, they are provided with different opportunities, including the right to education and the freedom to live without fear of oppression. They are not ill-treated, can contact their families freely and are provided with essential judicial assistance. The Turkish state offers a variety of services to ensure their social reintegration.