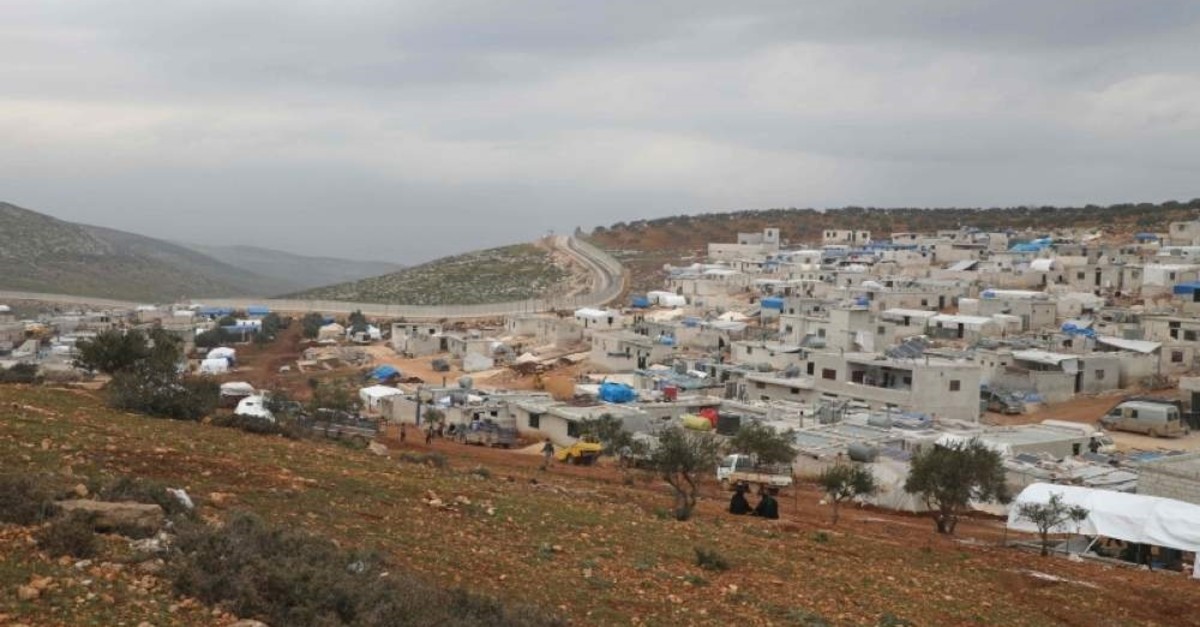 A picture taken on Feb. 21, 2020 shows makeshift homes at an informal camp for the displaced in Kafr Lusin village on the border with Turkey in Syria's northwestern province of Idlib. (AFP Photo)
by Anadolu Agency Feb 23, 2020 11:22 am

The terrorist who was fleeing the terror group in northern Syria surrendered at the border post in Şanlıurfa's Akçakale district, said the sources who asked not to be named due to restrictions on speaking to the media.

The terrorist was persuaded by a Turkish intelligence unit, the sources added.

A total of 41 terrorists have surrendered to Turkish forces since the beginning of 2020.

In 2019 alone, 273 members of the terror group surrendered after being persuaded by their families, according to the country's Interior Ministry.

In its more than 30-year terror campaign against Turkey, the PKK – listed as a terrorist organization by Turkey, the U.S. and European Union – has been responsible for the deaths of nearly 40,000 people, including women and children.