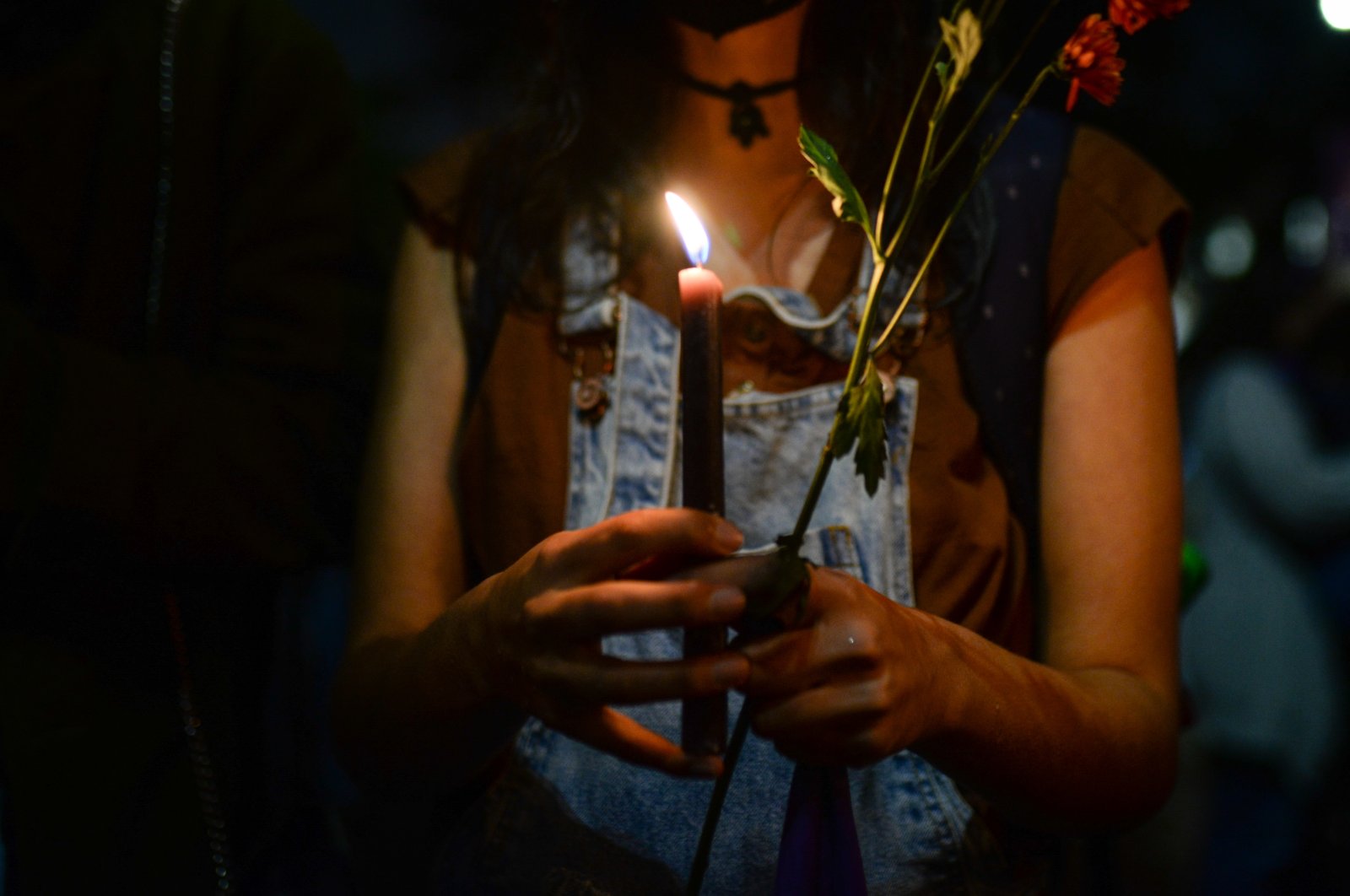 A commemoration ceremony for women who lost their lives as a result of violence was held in on the occasion of the International Day for the Elimination of Violence Against Women, Bogota, Colombia, Nov. 26, 2021. (AA Photo)
by Agencies Nov 26, 2021 10:30 am
RECOMMENDED

A woman or girl is being killed by someone in their family every 11 minutes in the world, the United Nations Office on Drugs and Crime (UNODC) Executive Director Ghada Waly said Thursday.

"In 2020, 47,000 women and girls worldwide died at the hands of intimate partners or other family members, according to new data released by the UNODC. Despite accounting for only one-fifth of homicide victims overall, 58% of victims of intimate and family homicide are women and girls,” Waly said in a statement issued on International Day for the Elimination of Violence against Women.

Waly pointed out that data on gender-based violence remains limited in many regions, but the available evidence on the killing of women and girls at the hands of intimate partners or other family members shows that the situation has not improved in the past decade.

"The COVID-19 pandemic has set women and women’s rights further back, and left those vulnerable to gender-based violence with less recourse to essential support and services, and restricted access to justice,” she noted, as Anadolu Agence (AA) reported.

She called on all member states to invest in evidence-based prevention of gender-based violence in line with the U.N. framework and the U.N. Joint Global Programme on Essential Services, as an investment in gender equality and the empowerment of women and girls, sustainable development, and an inclusive future that leaves no one behind.

She said urgent action is needed to prevent gender-based violence and safeguard the lives and rights of women and girls.

Long-term strategies to prevent gender-related killings by addressing harmful social norms that normalize violence against women must be combined with concrete and immediate measures to protect women and girls in situations of risk, especially in situations of domestic abuse, she added.

Thousands of protesters hit the streets of Europe and Latin America on Thursday to demand an end to violence against women.

The rallies took place to mark the International Day for the Elimination of Violence Against Women, with thousands marching through Mexico City, Madrid and Barcelona, while others gathered in Paris and London. There were also rallies in countries including Chile, Venezuela, Bolivia, Uruguay and Guatemala.

"They didn't die. They killed them," read one of the banners at the march in Mexico, a country where around 10 women are murdered every day.

Across Latin America and the Caribbean, at least 4,091 women were victims of femicide in 2020, according to the regional commission of the U.N.

Tensions flared in Mexico City when a small number of hammer-wielding protesters tried to grab shields from police officers, who repelled them with smoke bombs.

In Spain, where the government has made the fight against domestic violence a national priority, thousands hit the streets of Madrid and Barcelona in a sea of purple flags, while others rallied in Valencia, Seville and other cities around the country. In the Spanish capital, marchers wearing purple masks, hats and scarves walked behind a huge banner reading "Enough of male violence against women. Solutions now!"

"Not all of us are here, the murdered are missing," they chanted as they marched past the Cibeles fountain and other historic buildings that had been illuminated in purple, holding signs reading "Not even one more death."

"On a global level, it remains a scourge and a huge problem," Leslie Hoguin, a 30-year-old student and actor told Agence France-Presse (AFP). "It's high time that patriarchal violence against our bodies, our lives and our decisions came to an end."

Many were fed up of the ongoing abuse faced by women.

"We are sick of the ongoing violence against us which takes many different forms," said Maria Moran, a 50-year-old civil servant. "We want to see prostitution abolished and an end to the murders, the abuse and the rapes."

"We will only be a just society when we are done with all kinds of violence against women."