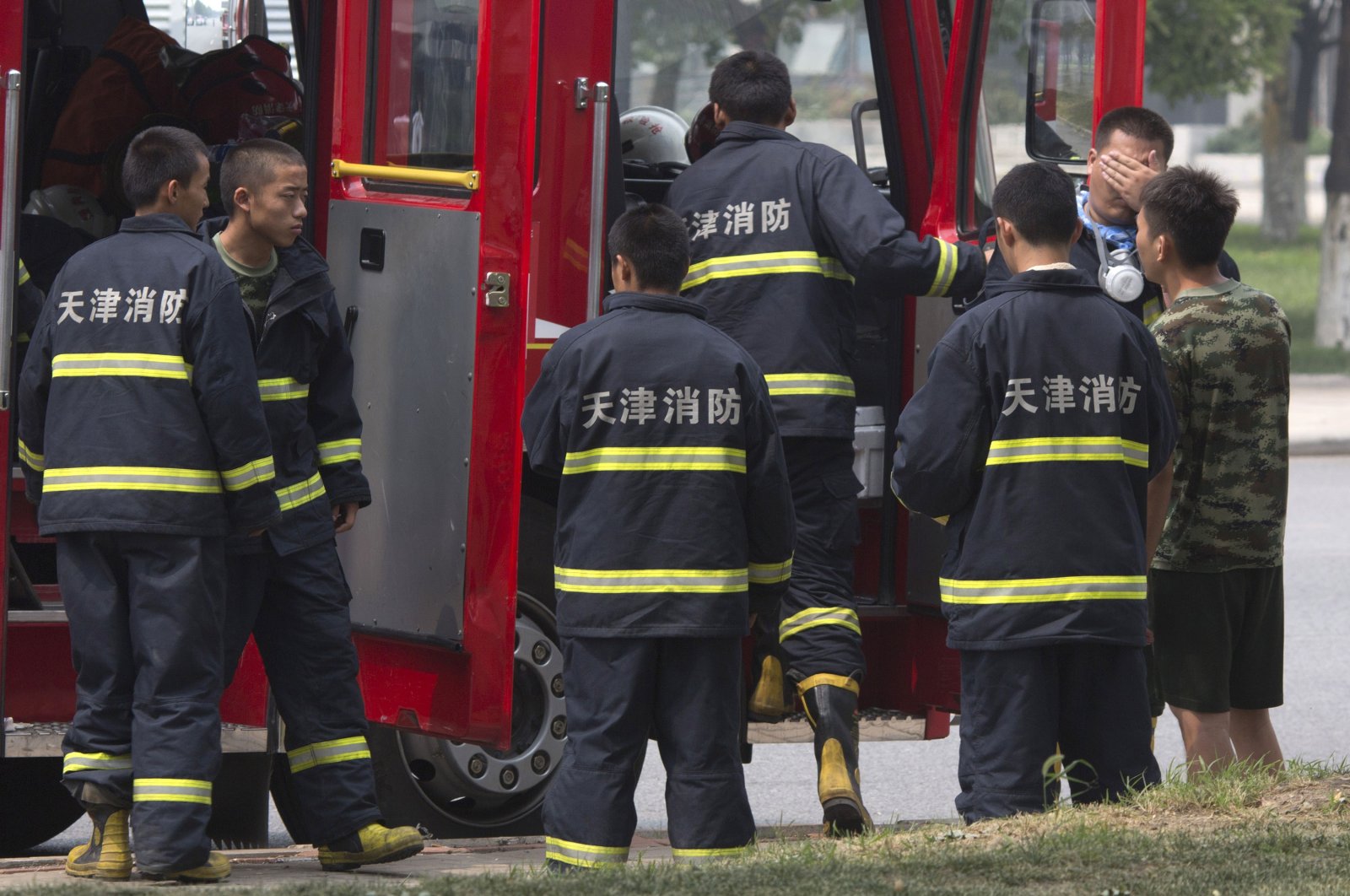 Chinese firefighters wait near the site of an explosion in northeastern China's Tianjin municipality, Aug. 15, 2015. (AP Photo)
by REUTERS Jun 25, 2021 11:45 am
RECOMMENDED

Eighteen people were killed in a fire that tore through a martial arts training center in China during the early hours of Friday morning. One state media outlet said that most of those killed were children that were staying there.

The blaze broke out at 3 a.m. (7 p.m. GMT) on Thursday and was later extinguished, the government of Zhecheng county in Henan province, said on its website. It was unclear what caused the fire, which injured 16 people, four of whom were in serious condition, it said.

Most of the casualties were students between the ages of 7 and 16 staying on the center's second floor, the Beijing Youth Daily said in a report that was later deleted from its website.

"My kid is 9 years old, but I know nothing about his current situation. We can't see him or visit him," said Zheng, the father of one of the children admitted to hospital.

"At Zhenxing, the kids would study and practice martial arts in the day and live there every night. I don't know what caused the fire," Zheng told Reuters by telephone.

Another father was filled with relief that his son was among the survivors.

"It's extremely lucky that my son escaped from the fire, but I don't know anything specific," said Xu, 39.

"All information is being blocked," he said in a text message.

Police detained the person in charge of the center, the county said. It did not identify the person or the training center.

Fires are not uncommon in China, due partly to patchy safety protocols and substandard construction. In one of China's most horrific fires, 309 people were killed at a nightclub in the city of Luoyang, also in Henan, on Christmas Day in 2000.