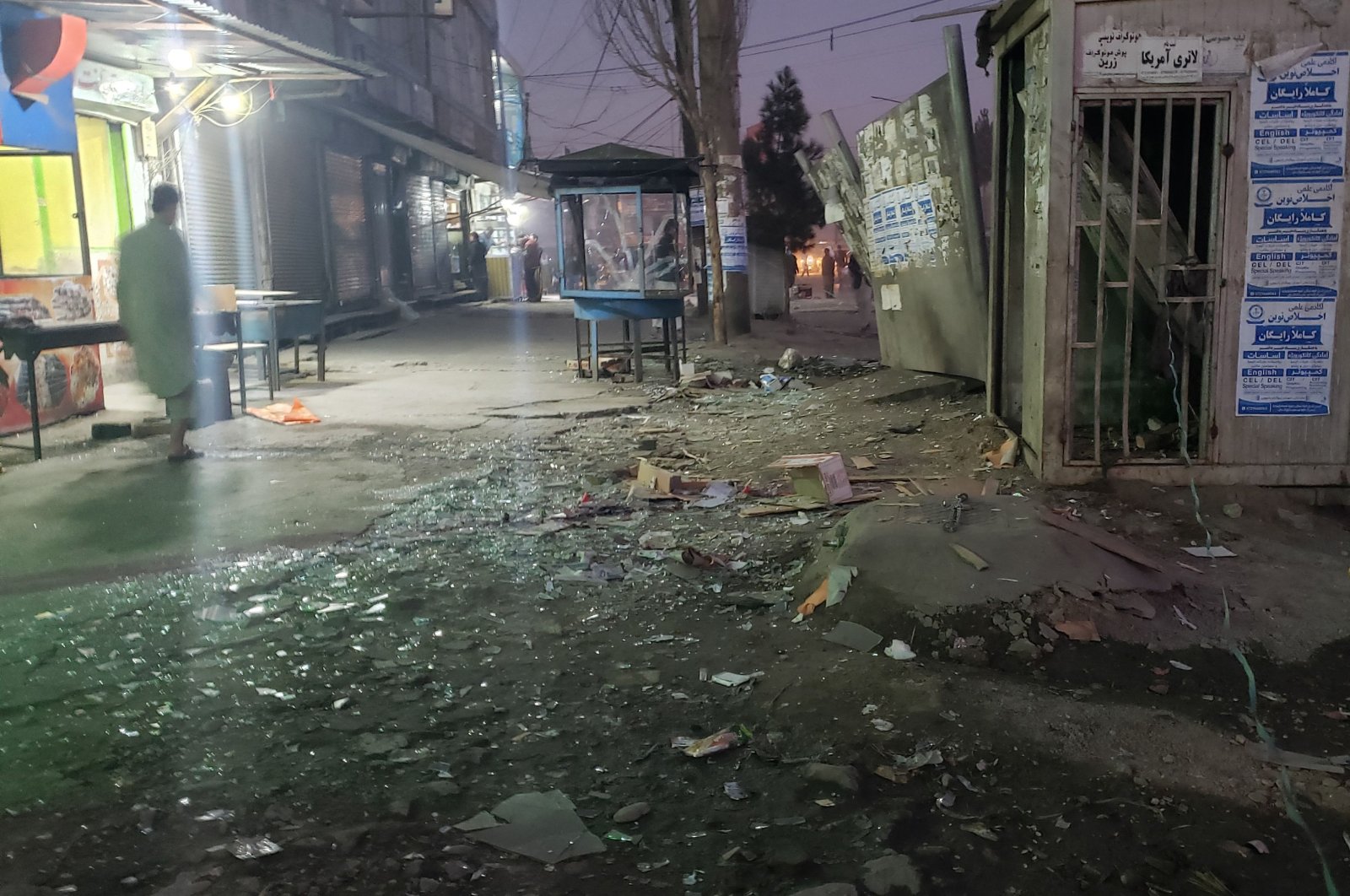 An Afghan man walks past shattered glass near the explosion site in Dasht-e-Barchi district in Kabul, Afghanistan,Dec. 10, 2021. (Photo by AFP)
by Daily Sabah with AFP Dec 10, 2021 11:21 pm
RECOMMENDED

"Two civilians have been killed and three others were wounded" when a bomb exploded on a minibus in the Dasht-e-Barchi district of the Afghan capital, the Taliban's interior ministry spokesperson Sayed Khosti told reporters.

"In another explosion in the same area, one woman was wounded," he added, specifying that the second blast was also a bomb.

Dasht-e-Barchi is dominated by the Shiite Hazara community, who for years has been the target of violence by the Daesh-Khorasan Province (Daesh-K).

The bombings ended up "destroying the buses and killing and wounding dozens of them," according to the group's message translated by the SITE Intelligence Group, a platform that monitors terrorist activity.

Broken glass and mangled vehicles were seen near the spot, where one of the explosions occurred.

In November, a similar bomb attack on a minibus in Dasht-e-Barchi killed two people and wounded five others in an attack that also was claimed by Daesh-K.

Daesh-K terrorist group, which is an offshoot of the Daesh that established a so-called caliphate across swathes of Iraq and Syria from 2014 until 2017, also claimed responsibility for an Oct. 15 suicide bomb attack on a Shiite mosque in Kandahar that killed at least 60 people and injured scores more.

That attack came a week after another deadly mosque blast claimed by the group in northern Kunduz province killed over 60 people.

The Taliban has vowed to crush this rival Sunni terrorist group, launching crackdowns against hideouts used by the terrorists, especially in the country's south and east.

But Kabul has been hit by repeated blasts lately that the Taliban say have been non-fatal.

The Taliban took control after a two-decade absence on Aug. 15, when the previous government's resistance melted amid the final stages of the United States military withdrawal from the country.

The Taliban's first stint in power lasted from 1996 to 2001, before the U.S. invasion toppled it.