Swiveling from Belgrade to Beirut 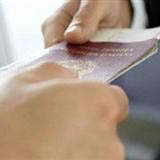 One of the most trying aspects of being a citizen of Turkey is the requirement for visas when setting out on journeys. And the trying nature of the situation is only amplified by the fact that the people who are usually appointed as visa officers at embassies and consulates are those “communist party official” types.

When I decided to travel to Serbia one weekend, I personally experienced this difficulty all over again. The ease with which I was able to obtain visas when I was an editor-in-chief was one of the best parts of the job. Now, however, the actual obtaining of visas falls on my shoulders. When I applied for my visa to Serbia, my travel agent told me the consulate wanted me to appear in person. So I headed over to the Serbian Consulate in Esentepe with an assistant from the travel agency. When I saw the application papers, I could not believe my eyes. They were on the level of what I would expect if I had asked the bank for a million dollar loan. House deeds, credit card bills, return airplane tickets…the list of what they wanted me to produce went on and on. Forgetting for a moment the utter absurdity of Serbia even requiring visas from Turkey, the whole behavior towards Turkish citizens is tragicomic. Add to this all that Serbia, having come from its socialist past, now looks at Turkey with suspicion, I guess you could say the treatment we got was similar to what headscarved women waiting at the gates of universities in Turkey experience. And as for the guard on duty, he was straight in from central casting; never mind that he didn't know any Turkish, his rude behavior was beyond extraordinary. Unfortunately, fear of not actually getting one's visa prevents people from reacting to this type of treatment. Once inside the consulate, the visa officer was even worse, behaving as though he was on an actual hunt for missing documents. He acted as if he could not understand why any sane person would not just want to abandon İstanbul and move straight to Belgrade. In the end, I simply decided to pass on Belgrade, and turned my attention and my planning to Beirut. So I wound up choosing a city I believe is much more attractive than Belgrade anyway, not to mention without visa problems. And so, as you read these lines, I will be walking down the streets of Beirut. I guess the message I really wanted to relay was this: Turkey is a magnetic center, whether you are talking about its per capita income levels, its fast growth levels or, of course, its rich history and culture. In this region, everyone has the opportunity to raise their personal status. And, in fact, the people of this region are in the midst of trying to increase their riches as well as their culture. One way of doing this is through travel. Turks want to see and get to know different culture and countries; they want to fly off to places they had, until recently, only dreamed about. Unlike America, European countries do not see this reality, and instead treat Turkish visa applicants as people likely to apply for refugee status upon reaching their destination. The reality they do not see is also this: Due to current conditions in Europe, as well as their stance towards people perceived as the "other," Europe is no longer that attractive of a destination, particularly for Muslims. Put aside for a moment Europe's modern cities, with all that they offer, such as wonderful museums, they simply are not places that spark a desire to live in, for Turks. For us, Turkey and İstanbul are of an importance that we cannot pass up. European states and their visa officials need to understand this, which is why they must start appointing visa officials who, at least if they don't really like Turkish citizens, can at least behave as though they don't hate them. As for me, I do not intend to ever go to Serbia. I would prefer to visit countries that open their doors to us; I would prefer to contribute to the economies of these countries. In fact, the most recent visa agreements completed by the Ankara government have done a great service to the faction of our society that characterizes itself as "White Turks." This faction, which is the one that travels the most, ignores, however, the esteem that possessing a passport of the Turkish Republic can now get. These people, who view every development through ideologically tainted glasses, are now having a hard time explaining the changes occurring in Turkey. It's hard not to have the feeling, looking around these days, that one was born too early. Just being able to carry one's Turkish passport with pride, and missing İstanbul no matter where in the world you go, is enough to support this feeling. I suggest you try Beirut, rather than Belgrade, the next time you travel.
CIHAN
Last Update: Oct 25, 2010 11:53 am
RELATED TOPICS