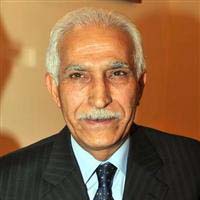 Reactions against anti-headscarf remarks made by Supreme Court of Appeals Chief Prosecutor Abdurrahman Yalçınkaya are unlikely to cease any time soon, with jurists harshly criticizing the top prosecutor for attempting to issue a “memorandum” against Parliament and considering himself above the national will.

Jurists' Association President Cahit Özkan said the top prosecutor had carried to the judiciary the military "tradition" of issuing memorandums against the government and political parties. Turkey has witnessed several attempts by the military to intimidate politicians through memorandums. Most recently, a former chief of General Staff released an e-memorandum that influenced the presidential election process in 2007. On Wednesday Yalçınkaya issued a statement in which he argued that the free use of the headscarf at universities would damage secularism. He also implicitly threatened the ruling Justice and Development Party (AK Party) with a "closure case." The chief prosecutor's statement came as representatives from the AK Party paid a visit to main opposition Republican People's Party (CHP) parliamentary office in an attempt to seek a compromise for the lifting of the headscarf ban at universities. The use of the headscarf was banned in universities after the 1997 post-modern coup d'état. "Yalçınkaya has carried the military tradition of issuing memorandums, which we believed had ended by democratization efforts, to the judiciary," Özkan noted, and added that Yalçınkaya's statement can by no means be accepted. "The chief prosecutor entered the scope of authority of Parliament and ignored the legitimacy of Parliament," he added. Özkan also called on Yalçınkaya to withdraw his statement and apologize to the nation for his scandalous remarks. In the statement the top prosecutor argued that the free use of the headscarf at universities would damage secularism. He also said the Supreme Court of Appeals Chief Prosecutor's Office is entitled to investigate whether the actions of political parties are in violation of the independence of the state, sovereignty of the nation, democratic and secular republican principles, human rights and the principle of equality. Mustafa Kamalak, a professor of constitutional law, argued that Yalçınkaya "abused his power" with the notorious statement and thus, should be tried at the Supreme State Council in accordance with Article 148 of the Constitution. "The article stipulates that the council try chief prosecutors for crimes in connection with abuse of power. The deputy chief prosecutor [of the Supreme Court of Appeals] may file a case against Yalçınkaya. Or the chief prosecutor will be tried at the Supreme State Council if individuals file criminal complaints against him," Kamalak noted. Justice Platform President Adem Çevik said he had filed a criminal complaint against Yalçınkaya. In the complaint, Çevik argued that the chief prosecutor abused his power. "The chief prosecutor overstepped his authority by giving orders to the Higher Education Board [YÖK] and politicians. This is abuse of power. Therefore, the chief prosecutor should be tried at the Supreme State Council," he said. Ahmet Gündel, a former Supreme Court of Appeals prosecutor, accused Yalçınkaya of failing to keep pace with developments in the "new world." "He has difficulty in keeping up with the new era. He cannot 'read' well the democratization efforts in Turkey," he noted, and strongly criticized the headscarf ban, saying: "The problem has remained in place for many years. They send the sons of covered mothers to clashes with terrorists [in the military.] Brothers of covered girls are killed in the clashes. But they do not allow those girls to enter universities. They bring up a generation in which individuals consider themselves to be 'second class citizens.' Bear in mind that those girls are also our daughters and citizens," Gündel added.
CIHAN
Last Update: Oct 25, 2010 11:57 am
RELATED TOPICS