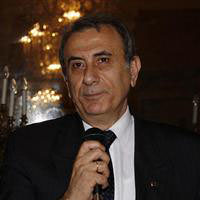 The Turkish ambassador accused Austria of treating his countrymen like a virus, blasting his host nation in a scathing interview published Wednesday that prompted high-level protests.

VIENNA - In an extensive interview with the Die Presse daily, Ambassador Kadri Ecved Tezcan said Austria was pushing people of Turkish origin to the fringes of society instead of learning to live with them and benefiting from their skills.

"If you don't want any foreigners here, then just chase them away," Teczan said. "You must learn to live together with other people. What's Austria's problem?"

Teczan, who has lived in Vienna for a year, also criticized Interior Minister Maria Fekter for her tough stance on illegal immigrants, which includes overseeing the deportations of families with young children who have lived in Austria for years but refuse to leave of their own accord.

"What she stands for doesn't conform with a liberal, open mindset," Teczan said, adding the same was true for German Chancellor Angela Merkel.

"Turks are happy, they don't want anything from you," he said. "They just don't want to be treated like a virus."

Tezcan was summoned to the Austrian foreign ministry in the morning to explain his remarks to a high-ranking official, and Foreign Minister Michael Spindelegger called his Turkish counterpart Ahmet Davutoglu.

"I told him it was completely unacceptable for us that a Turkish ambassador in Austria attacks members of the government and uses a tone that we're not used to from Ankara," Spindelegger told Austrian radio Oe1.

Roughly 250,000 Austrians with Turkish roots live in Austria, along with some 112,150 Turkish citizens. People of Turkish background have long been scapegoated and vilified by the far-right Freedom Party, which recently saw its support surge in local elections in the capital, Vienna, following gains in 2008 parliamentary polls. Other political parties have tried but struggled to find ways to integrate them.

Turkey frequently complains that immigrant Turks, many of whom went to countries like Germany and Austria as government-sponsored guest labourers decades ago, are not given the opportunity to fully integrate and face discrimination. It is also frustrated with countries such as Austria, Germany and France, who oppose Turkish accession to the European Union.

Tezcan said that if he were the head of a Vienna-based international organization he would not stay here and said Austria had no business telling women whether or not to wear headscarves, he added. Austria does not ban headscarves but the proposal has come up occasionally in the run-up to elections.

"If there's the liberty here to swim in the nude, then there also should be the liberty to wear a headscarf," he said.

Spindelegger, who visited Ankara last month, added that Davutoglu assured him that Tezcan's comments did not reflect Turkey's official stance toward Austria.

"I don't think we have to fear a far-reaching discord between Austria and Turkey because of this interview," he said, noting the two countries were planning to hold a joint conference on the integration of immigrants in Vienna next year.