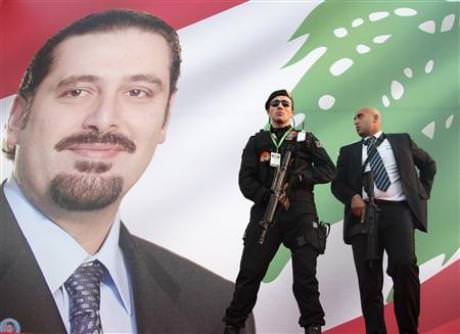 Lebanese Prime Minister Saad al-Hariri expressed support Wednesday for a U.N.-backed tribunal's investigation of the assassination of his politician father, a process many fear could ignite factional violence.

(Reuters) - Western diplomats and Lebanese political sources say expected indictments against members of Shi'ite guerrilla group Hezbollah in the 2005 killing of Sunni statesman Rafik al-Hariri could be issued by the end of this year or in early 2011.

The group, part of a fragile national unity government, denies involvement in the Hariri bombing and Hezbollah leader Sayyed Hassan Nasrallah has said he will not allow the arrest of any members. He has called on Saad to repudiate the tribunal.

"With regards to the international tribunal and the indictment, there are Security Council resolutions concerning them. This is clear and nobody can change that," Hariri said at a news conference with Turkish Prime Minister Recep Tayyip Erdogan.

"I see that every time we talk about this issue, the more we harm the country. We have to put dialogue ahead of tension. No strife will happen and no one will drag us into strife," he said.

Sectarian rhetoric has increased in the last few months as rumours swirl about the timing of the indictments. Adding to the tension was a Canadian media report last week linking Hezbollah to the Hariri killing, which plunged Lebanon into its worst crisis since the 1975-90 civil war.

At Lebanon's request, the Security Council approved setting up the tribunal in 2007, but it has yet to indict anyone over the killing.

Some Lebanese politicians have warned of a possible relapse into violence when the indictments are issued. In a sign of the level of tension, last month two officials from the tribunal were forced by a crowd of women to leave a clinic in southern Beirut, where they had made an appointment to review files.

Hezbollah, which fought a war with Israel in 2006, has accused the tribunal of being an Israeli tool and said its investigators are sending information to Israel.

Erdogan, who earlier addressed a rally of a few thousand Lebanese in the Sunni town of Kouweichra in northern Lebanon, expressed Turkey's support for a stable Lebanese government.

Erdogan also said the two countries had signed a partnership agreement to set up a free-trade zone.