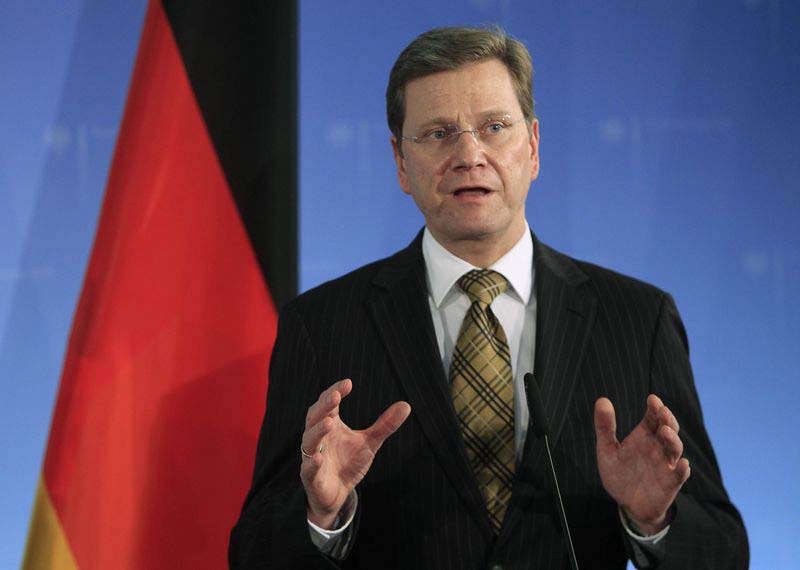 Germany's senior diplomat considered Turkey was too big and not modern enough to join the European Union, a magazine reported on Saturday, citing U.S. diplomatic cables made available by WikiLeaks.

(Reuters) - News weekly Der Spiegel said the comments showed Foreign Minister Guido Westerwelle had stronger doubts than earlier believed that Turkey will succeed in its bid to join the bloc.
Turkey, which straddles Asia and Europe, started formal membership negotiations with the EU in 2005, but doubts in some capitals about admitting a Muslim country of 74 million people have held Europe back from welcoming it.

Accession talks have advanced slowly due to Turkey's refusal to open its ports and airports to traffic from Cyprus, while the EU maintains a blockade of the Turkish enclave in north Cyprus.

Spiegel reported that Westerwelle made the remarks released by WikiLeaks to his U.S. counterpart, Hillary Clinton, in Nov 2009 just after he took up his new job.

It said transcripts of meetings showed Westerwelle told Clinton that if Germany were to decide on Turkish EU membership today, the answer would be no. Westerwelle does not consider Turkey modern enough, it added.

The European Union's executive arm said last month that Turkey's progress towards meeting EU membership criteria is uneven, and despite having bolstered democratic institutions it must show greater respect for human rights.

In its annual progress report on countries aspiring to join the bloc, the European Commission also chided Ankara for failing to normalise relations with Cyprus, the southern part of the Mediterranean island that is part of the EU.

Germany has said that both sides on the divided Mediterranean island -- the Greek Cypriots and the Turkish Cypriots -- would have to move to break the impasse. Chancellor Angela Merkel plans to travel there in January to offer Germany's help.

Turkish officials suspect some EU countries of using the Cyprus issue to stall its membership bid, and has grown increasingly frustrated with the speed of accession talks.

On Saturday, U.S. President Barack Obama told Turkish Prime Minister Tayyip Erdogan over the telephone that WikiLeaks' actions were "deplorable", and the leaders agreed it would not hurt ties with Washington.