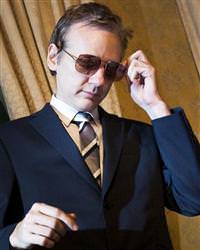 A British judge granted bail to WikiLeaks founder Julian Assange on Tuesday, saying he must abide by strict bail conditions as he fights extradition to Sweden in a sex-crimes investigation.

The 39-year-old Australian has been held in a London prison for a week after surrendering to Scotland Yard due to a Swedish arrest warrant.

Assange is wanted for questioning after two women accused him of sexual misconduct in separate encounters in Sweden over the summer. Lawyers for Assange say he denies the allegations and will contest Sweden's attempt to extradite him.

A number of eminent international figures had offered to post bond worth at least 200,000 pounds ($315,000) to help secure Assange's release, his lawyer, high-profile human rights advocate Geoffrey Robertson, told the hearing in London on Tuesday.

Lawyer Gemma Lindfield, acting on behalf of Swedish authorities, asked the court to deny Assange bail because the allegations in Sweden were serious, Assange had only weak ties to Britain and he had money enough "to abscond."

Supporters outside City of Westminster Magistrates' Court erupted in cheers when they heard news of the judge's ruling.