US lawmakers may vote on Armenian genocide measure 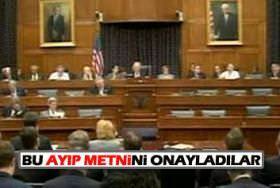 The US House of Representatives may vote next week on a measure that could damage US relations with critical ally Turkey: a resolution declaring the World War I-era killings of Armenians a genocide.

WASHINGTON — The vote would be a blow to President Barack Obama by his Democratic allies. House Democratic leaders had long set aside consideration of the draft resolution and the measure was expected to expire as a new Republican-led House takes office next month. House aides, speaking on condition of anonymity because they were not authorized to comment, said Friday that Democratic leaders have been discussing a possible vote with lawmakers. A spokesman for House Speaker Nancy Pelosi had no immediate comment.

Turkey has said frequently that the resolution would drive a wedge in its relations with the United States. In March after the House Foreign Affairs Committee endorsed the proposed resolution, Turkey, which sees the measure as a historical affront, withdrew its ambassador from Washington.

Historians estimate that up to 1.5 million Armenians were killed by Ottoman Turks around the time of World War I, an event widely viewed by scholars as the first genocide of the 20th century. Turkey denies that the deaths constituted genocide, saying the toll has been inflated and those killed were victims of civil war and unrest.
By ASSOCIATED PRESS