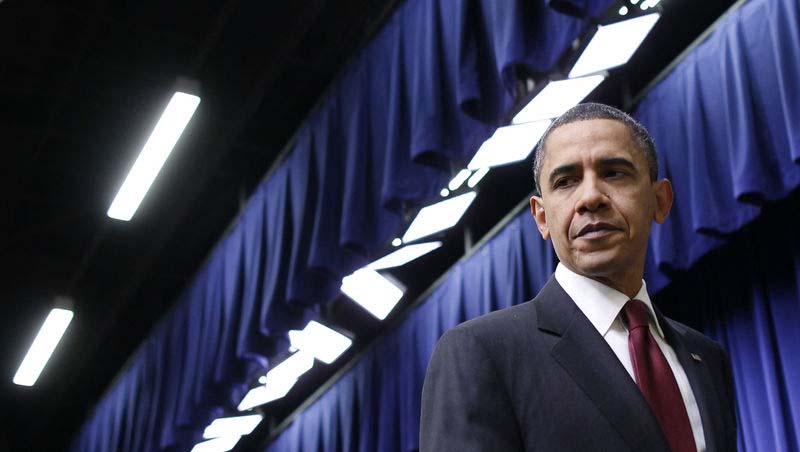 US ties with Turkey are "more important than ever" despite differences over Iran, President Barack Obama said, also urging Ankara to repair ties with Israel, in an interview published Sunday.

"Our shared interests, our shared values... undergird our relationship even when we disagree," Obama said in written response to questions by Turkey's mass-selling Hurriyet newspaper.

"Given the increasingly complex challenges the world faces, I believe that US-Turkish cooperation is more important now than ever," he said.

In June, Turkey irked the United States as it voted against fresh sanctions slapped on Iran by the UN Security Council, insisting that a nuclear fuel swap deal it hammered out with Tehran, together with Brazil, should be given a chance.

Its "no" vote came atop a severe crisis with one-time ally Israel after nine Turks were killed in an Israeli raid on a Gaza-bound activist ship.

Obama told Hurriyet he remained "committed to a diplomatic resolution" of tensions over Iran, but stressed the Islamic Republic had failed to convince the international community that its nuclear programme was solely for peaceful purposes.

"Iran has an opportunity to do that in the P5+1 talks in Turkey in January... There are ways we can move forward, but all parties must be prepared to take constructive approaches," he said.

Obama sought to downplay Turkey's reluctance to back a tougher line on Iran, its eastern neighbour, which has sparked concern that NATO's sole Muslim-majority member is sliding away from the West.

"As with our other close allies and friends, we will sometimes disagree, as was the case on the vote on Iran sanctions in the UN Security Council.

"Notwithstanding our differences about tactics, I firmly believe Turkey shares the goal of preventing a nuclear-armed Iran," he said.

Obama also urged Turkey and Israel to settle bilateral tensions and praised Ankara's dispatch earlier this month of two aircraft to help fight a deadly fire in Israel, which led to a round of fence-mending talks between the two countries.

"Turkey and Israel are both key allies of the United States... I encourage both nations to do everything they can to repair their relations," he said.

The US president also voiced confidence that the leak of US diplomatic cables by the Wikileaks website, which included scathing comments about Islamist-rooted Prime Minister Recep Tayyip Erdogan, would not damage ties.

Referring to a recent telephone conversation with Erdogan, Obama said that, "our partnership is resilient, and we agreed that the irresponsible acts of Wikileaks does not threaten it".

The cables said Erdogan lacks "analytic depth", reads "minimally" and relies on an "iron ring of sycophantic (but contemptuous) advisors... which partially explains... his susceptibility to Islamist theories".

Erdogan "hates Israel" on religious grounds, the papers said, including also claims that he has eight secret accounts in Swiss banks.

Obama also reiterated support for Turkey's troubled bid to join the European Union and its struggle against separatist Kurdish rebels, who take refuge in neighbouring Iraq.

He stressed however that Ankara should step up efforts to align with EU norms, expand the rights of Christian minorities and improve the freedoms and welfare of the Kurdish community.