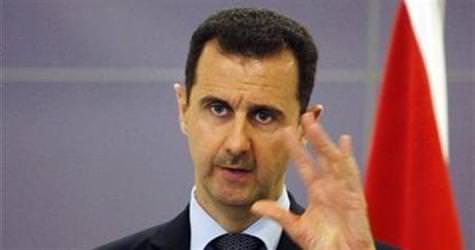 Turkey is playing an increasingly important role for regional stability as Western powers distance themselves from the emerging nation, Syrian President Bashar al-Assad said in a newspaper on Tuesday.

Asked if he felt Turkey was moving away from the West, NATO and the United States in favour of Muslim countries, Assad told Germany's mass-selling Bild daily that he felt the responsibility lay elsewhere.
"I'd say rather that the West is moving away from Turkey," he said in an interview.

Western powers are somewhat concerned that Turkey is growing closer to fellow Muslim neighbours like Iran and Syria, although Ankara sees its role as a stabilising force in the region.

The country's ruling AK party has its roots in Islam but sees itself as akin to Europe's conservative Christian Democrats -- liberal on economic policies but conservative on social issues. It won re-election in 2007 with the greatest margin of votes in four decades.

Turkey has since boosted its ties and trade with Arab countries, lifting visa restrictions for citizens of several nations including Syria. Ankara aims to create a free trade zone without visa restrictions with Syria, Lebanon and Jordan.

"I believe the role that Turkey has been playing in the region for the past three years is important," Assad said. "It has brought a certain balance to this turbulent region."

Turning to Turkey's stalled bid to join the European Union, Assad said the bloc should match its ideals of openness and cultural dialogue by admitting the country.

"You must ask Turkey straightforwardly to join the EU, because an Islamic country is needed so the EU does not become a Christians-only club," he said.

Turkey, which straddles Asia and Europe, started formal membership negotiations with the EU in 2005, but doubts in some capitals about admitting a Muslim country of 74 million people have held Europe back from welcoming it.

Turkey's President Abdullah Gul, who has said he is frustrated by barriers to EU membership, told Reuters in an interview that Ankara was now building closer ties with Russia and Central Asian states where Turkish business is flourishing.