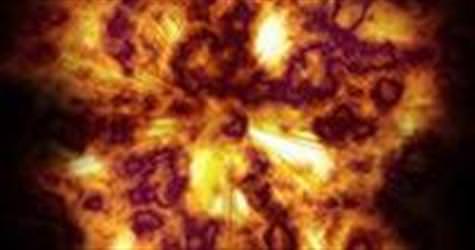 Mail bombs exploded in the hands of employees at the Swiss and Chilean embassies in Rome on Thursday, seriously wounding two people and triggering heightened security checks at diplomatic missions just as holiday deliveries deluge their mailrooms.

ROME (AP) -- Italian investigators suspected the attacks were the work of anarchists, similar to the two-day wave of mail bombs that targeted several embassies in Athens last month - including those of Chile and Switzerland. One of last month's booby-trapped packages, addressed to Italian Premier Silvio Berlusconi, was intercepted in Italy.

Late Thursday night, the Italian news agency ANSA reported that a claim by anarchists was found in a small box near one of the wounded employees, and was being examined by anti-terrorism police squad.

Anti-terrorism police at Rome police headquarters refused to comment on the claim, which ANSA said was made by a group called the Informal Anarchist Federation, or FAI.

Anarchists were blamed by authorities last week for bloody clashes between protesters and police in Rome that marred otherwise peaceful demonstrations by students against a university reform law. The legislation received final approval in parliament Thursday.

"These are very violent groups that are also present in Spain and Greece and are very well connected," the minister said.

In Athens, Greek law enforcement officials said that Greek anti-terror police were contacted in the evening by Italian colleagues but that no link with the Greek parcel bombs was immediately apparent.

Rome's police chief, Francesco Tagliente, rushing to the Chilean diplomatic mission, said all embassies in the city were being alerted.

For about an hour, it seemed as if the Ukrainian embassy, a few block's away from Chile's embassy, had received a package bomb. But Tagliente said checks showed that the suspicious package there was a "false alarm."

Tens of thousands of tourists and pilgrims have been pouring into Rome this week for Christmas ceremonies at the Vatican. Since the Sept. 11 terror attacks in the United States in 2001, security has been tight at public ceremonies in St. Peter's Basilica and Square, with the faithful subject to metal detector checks and purse and backpack inspections.

Swiss Ambassador Bernardino Regazzoni, speaking to reporters outside his embassy, said the device that exploded had been mailed, but he didn't say from where.

The bomb at the Chilean embassy was mailed from inside Italy, the Italian news agency ANSA reported. But Chilean Ambassador Oscar Godoy said it wasn't yet clear if the package - a medium-sized envelope big enough to hold documents and addressed to the cultural attache - had been mailed or delivered by a messenger.

"There were no flames, just a little smoke," said Godoy.

The bombs seemed aimed to injure if not maim or kill those opening them.

Surgeons removed an iron bolt that had embedded itself in the chest of the Chilean embassy employee who opened the package, said Massimiliano Talucci, a spokesman for Umberto I Polyclinic, where the man was hospitalized. The Chilean also suffered a serious hand wound and face injuries, and risks losing the sight in one eye. The Swiss official suffered hand and chest wounds.

With Italy's mail service known for often being slow, if similar package bombs were sent by post to embassies, it might be days before they are delivered.

The package bomb addressed to Berlusconi last month had been sent via a courier service aboard the courier's cargo plane from Greece to Italy.

Chilean envoy Godoy denounced the explosion at his mission as "an absolutely irrational and brutal act," and said there had been no threats to indicate it could be a target.

At the Swiss compound, Regazzoni noted that, besides the anarchist bombs in Greece last month, in early October two bottles with a fuse were found atop an outer wall of the embassy.

A group called Conspiracy Nuclei of Fire claimed responsibility for the Greek blasts. It called on militants in Greece and other countries to step up their action, and Greek police noted Thursday that in the past, acts of "solidarity" have been carried out between Greek and Italian militant groups.

The Swiss Embassy increased security after consulting with Italian authorities and that security at all foreign missions would be reviewed, Swiss Foreign Minister Micheline Calmy-Rey said. Possible extra measures, she added, could include additional protective walls or fences, surveillance cameras and evacuation plans.

There have been growing concerns in Europe about holiday season attacks following a suicide bombing in Sweden and security services' fears of an assault on a European city modeled on the deadly shooting spree in Mumbai, India.

On Tuesday, there was a bomb scare in Rome's subway system after authorities discovered a suspicious package with wires and powder under a seat. The device ended up being a fake, with police determining there was no trigger mechanism and its the powder was inert, cement-like material.