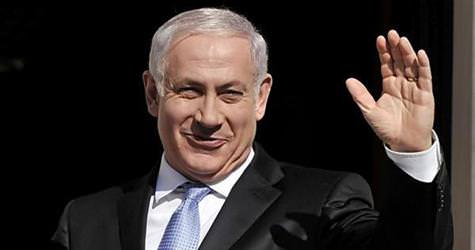 Israel is boosting its ties with Balkan nations after a deep freeze in relations with Turkey, formerly its closest and strongest regional ally.

For over a decade, Ankara and the Jewish state shared warm relations, bolstered by important agreements on defence and the high-tech industry.

Ties were so strong that Ankara even acted as an intermediary for indirect peace talks between Israel and Syria.

The relationship faltered in December 2008, when Israel launched a devastating military operation in the Gaza Strip, prompting Turkey to abandon its mediation efforts.

But the final blow to the once-solid partnership was a May 2010 Israeli raid on a convoy of ships trying to break the Israeli blockade on Gaza. The navy operation killed nine Turks and caused a major crisis in bilateral ties.

Israel is in low-key talks with Ankara to restore relations, but in the meantime has been noticeably upgrading ties with other nearby countries including Greece, Cyprus, Romania and Bulgaria.

Israel hopes to one day export some of the natural gas recently discovered in marine gas fields off its northern shore to Europe via Greece.

As part of its development of the fields, Israel also signed a deal delineating an economic free zone with Cyprus, prompting an outcry from Turkey, which occupies the northern part of the island and does not acknowledge the internationally-recognised Cypriot government that signed the deal.

But Israel brushed off the criticism, and has forged ahead with other agreements that fill gaps created when relations with Ankara became soured.

In particular, the troubled ties mean Israel can no longer train its air force in Turkish skies, a blow to a small country with little space of its own.

In recent months, it has begun carrying out joint air force exercises with Greece, Romania and Bulgaria.

Despite the slew of new initiatives aimed at Balkan nations, Israel officially denies that the improved ties are intended to supplant Turkey's role.

"There is an amazing and constant improvement in our relations with Greece, Cyprus, Bulgaria, Romania and other countries, with whom our cooperation is increasing at all levels," Foreign Ministry spokesman Yigal Palmor told AFP.

"This warming of ties is a natural development which we welcome and is not a substitution measure directed against a third country," he said.

Despite the still-frosty ties between Israel and Ankara, commerce has actually grown, with bilateral trade up 30 percent over the past 11 months from the same period in 2009.

Still, the strained atmosphere seriously affected tourism, with the 300,000 Israelis who had visited Turkey each year shunning the country of late.

"Our relations with Turkey are at their lowest level, and so we have looked for new friends in the Balkans," said Alon Liel, a former Israeli ambassador to Turkey.

"It's very interesting, but it's a stopgap measure, because Israel is in the Middle East," he told AFP, noting that Ankara recently made a "very important" deal on economic and cultural cooperation with Syria, Lebanon and Jordan.

"If the peace process continues to lag," he warned, Israel faces "regional isolation."