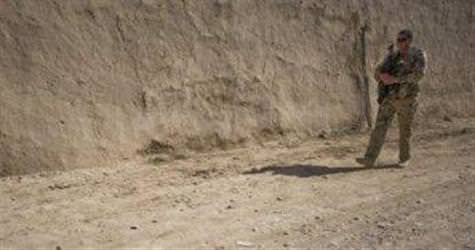 Four Turkish engineers working on a road construction project have been kidnapped by gunmen in eastern Afghanistan, a government official said on Sunday.

Kidnapping has become a lucrative business in Afghanistan in recent years, as part of the Taliban-led insurgency and also by criminal groups with largely financial motives.

"They were involved in road construction and were kidnapped by unknown armed men from a vehicle," Khalil told Reuters.

No other details were immediately available. Paktia is a hotbed of the insurgency, with the Taliban and militants of the al Qaeda-linked Haqqani network, as well as criminal gangs, active there.

Violence is at its highest level in Afghanistan since the Taliban were ousted by U.S.-backed Afghan forces in late 2001, with military and civilian casualties at record levels.

On Saturday, the German government said a German aid worker was killed in an attack in the north a day earlier. Germany's Development Ministry said the worker was coordinating road construction.

In the past, criminal gangs and the Taliban have freed some hostages after ransoms were paid or as part of prisoner swap, but they have also killed foreign and Afghan captives when their demands were not met.

Two French television journalists were kidnapped by the Taliban in Kapisa, northeast of Kabul almost a year ago.

French Foreign Minister Michele Alliot-Marie said last week she hoped the pair would be freed soon after the release of video footage that showed them in relatively good health.

A Dutch aid worker and his Afghan driver, abducted in northern Afghanistan in October, were freed earlier in December.