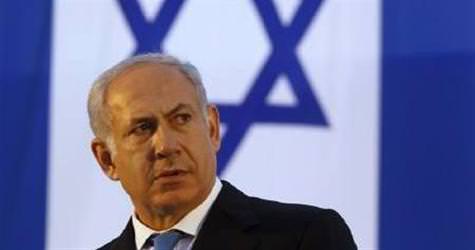 Prime Minister Benjamin Netanyahu, trying to keep his coalition intact before a vote this week on Israel's budget, has opted to play the diplomat in a flare-up with his fiery foreign minister, Avigdor Lieberman.

Commentators accused Netanyahu of kowtowing to the ultranationalist Lieberman at the expense of Israel's international image, but agreed a coalition crisis had been averted for now and predicted the budget would pass.

In blunt public remarks on Sunday, Lieberman said Israel would not apologise to Turkey over the killing of nine Turks by Israeli commandos during a raid on a Turkish ship trying to break a Gaza blockade in May.

Pouring scorn on the stalled peace process with the Palestinians, Lieberman told a meeting of Israeli diplomats a permanent peace agreement was impossible and the best option would be "Plan B", a long-term interim accord.

The comments seemed at odds with Netanyahu's stated desire to patch up relations with Turkey and U.S. efforts to keep alive a peace effort that has foundered on his refusal to extend a partial freeze on Jewish settlement building in the West Bank.

Hours after Lieberman spoke, Netanyahu's office issued a statement emphasising that "the Israeli government's position is exclusively that voiced by Prime Minister Benjamin Netanyahu and manifested by cabinet resolutions".

A day later, as a budget vote expected on Wednesday neared, Netanyahu gave a rare interview to an Israeli TV station in which he echoed Lieberman, pledging not to apologise to Turkey and saying an interim peace deal could not be ruled out.

"Lieberman knows that on the eve of the budget vote, no one would dare mess with him, even if he were to publicly accuse Netanyahu of stealing fish in an open-air market," political affairs commentator Yossi Verter wrote in the newspaper Haaretz.

"He doesn't want to break up the government, but he does want to prove to Netanyahu who's boss."

Under Israeli law, failure to approve the budget by March would result in new elections.

Ben Caspit, a popular columnist writing in the Maariv newspaper, said Netanyahu was keen to keep Lieberman in the coalition, even if he had to toe the foreign minister's line.

"Netanyahu continues to trail in Lieberman's wake. Lieberman's words of today are Netanyahu's thoughts of tomorrow," Caspit wrote. "Netanyahu doesn't want to lose to Lieberman in the next election -- that's his nightmare."