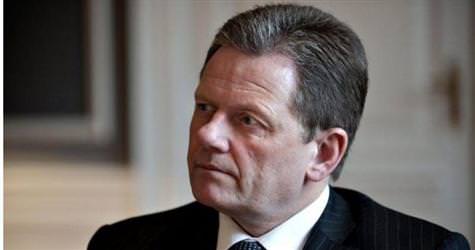 Danish Justice Minister Lars Barfoed said he was informed weeks ago of a plot to massacre staff at a Danish newspaper, in an interview published Friday.

"I don't recall the date, but I have been informed for several weeks that the case was underway. I have been continuously updated about this, among other things because of the serious nature" of the case, Barfoed told the Politiken daily's online edition.
Five men were arrested Wednesday in Denmark and Sweden for hatching what Danish officials said was a plan to kill as many people as possible in an assault on the Copenhagen offices of the Jyllands-Posten daily.
The paper published in September 2005 a dozen cartoons of the prophet Muhammad that later triggered violent protests around the world.
Jyllands-Posten's Copenhagen office building also houses the offices of Politiken, which is Denmark's other leading broadsheet.
"It is with disgust that I heard about the bestial terror plot against those of you who work in the building, but which also in reality was a plot against Danish citizens and society," Barfoed told Politiken.
"At the same time it is very satisfying as justice minister to see that we have a very hard-working and competent intelligence service, which together with others is capable of conducting surveillance, investigating and stopping this kind of operation," he added.
Danish intelligence agency PET worked closely with its Swedish counterpart Saepo on the case, since four of the five suspects were based in Sweden.
The men, four of whom have been remanded in custody, had been under surveillance for months, the agencies have said, stressing the arrests foiled an imminent attack.
Barfoed said Wednesday the arrests prevented the most serious attack to ever occur in Denmark.