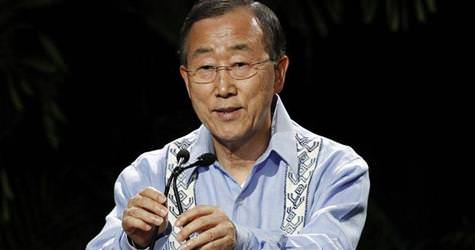 Iran has asked UN chief Ban Ki-moon for help on the fate of a former deputy defence minister who disappeared in Turkey in 2007, media said Friday after reports that he may have died in an Israeli jail.

Foreign Minister Ali Akbar Salehi wrote to Ban urging him "to strive to clarify the fate" of Ali Reza Asghari who went missing in February 2007 after checking into a hotel in Istanbul during a private visit.

At the time Iran accused Israel of snatching Asghari, and media in Israel reported that the Jewish state's intelligence agency, Mossad, had abducted him.

Salehi's appeal came after Iranian officials and media cited reports posted on Israeli news websites which alleged that Asghari had committed suicide in an Israeli prison.

A prison official in Israel told AFP in Jerusalem he was totally unaware of such reports.

"Without a doubt the release of these reports further strengthens suspicions that Asghari was abducted by the Zionist regime," Salehi said in his letter to Ban.

Israel, he said, is "directly responsible for his life."

Salehi also called for an "opportune response from the international community, especially the organisations responsible for international peace and security."

The spokesman of parliament's foreign affairs commission, Kazem Jalali, said on Wednesday: "The information which was posted on Internet sites of the Zionist regime before being removed clarified the situation.

"It is perfectly clear that the Zionists have assassinated" Asghari, Jalali added, dismissing as "totally illogical" any notion that he could have taken his own life.

The media in Israel were rife with speculation about Asghari's fate, including that he had been snatched by the Mossad -- a theory rejected by then defence minister Amir Peretz.

The Washington Post reported three years ago that Asghari had defected and was cooperating with US intelligence services.

His family has said he disappeared in December 2006, not in February the next year as reported by Western media.