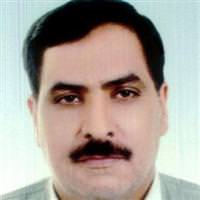 A senior Iranian MP called on Turkey to expose the "Zionist kidnappers" of a former deputy defence minister who went missing in Istanbul in 2007, Fars news agency reported on Sunday.

"Turkey is expected to release the names of the terrorists from the Mossad spy agency," the head of parliament's national security and foreign policy commission Alaeddin Borujerdi said.

"Those who had a role in kidnapping (Ali Reza) Asghari in Turkey should be named so the Zionists' crime is fully exposed," he added.

Turkey is a close ally of Iran and is set to host the next round of talks between Tehran and six world powers over the Islamic republic's controversial nuclear programme.

On Friday, acting foreign minister Ali Akbar Salehi, following reports that Asghari may have died in an Israeli jail, asked UN chief Ban Ki-moon for help in discovering his fate.

Asghari went missing in February 2007 after checking into a hotel in Istanbul during a private visit.

At the time of his disappearance, Iran accused Israel of snatching Asghari, and media in Israel reported that the Jewish state's intelligence agency, Mossad, had abducted him.

Salehi's appeal to the UN chief came after Iranian officials and media cited reports posted on Israeli news websites which alleged that Asghari had committed suicide in an Israeli prison.