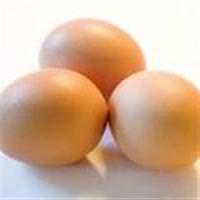 Germany debated new regulation of the animal feed industry Tuesday as police studied how a substance contaminated with traces of dioxin came to be mixed with feed for chickens and pigs.

Government officials blamed a feed manufacturer, Harles and Jentzsch, for the contamination that has forced at least 1,000 farms to cease selling produce. The company apparently purchased fatty acids to enrich the feed from a company that recycles used cooking fat into diesel fuel.

Eventually, it was used with 527 tons of feed, the German food safety agency said.

The recycling company insists it had labelled the fatty acids as not for animal consumption. Germany has an elaborate system to recycle all its waste for other uses and avoid dumping it in landfills.

One state farm minister, North Rhine Westphalia's Johannes Remmel, called for a clear separation between recycling plants that render the fatty acids for animal feed, and those that process it for industrial use. Eggs, pork, chicken and turkey have all been sold and consumed with higher-than-permitted levels of dioxin, officials say. Dioxin causes cancer. But the level of contamination was very low in this week's reported incident.

Germany's Institute for Risk Evaluation (BfR) said the risk to consumers who ate meat and eggs was insignificant.

'There isn't any acute threat to health here,' a spokesman said.

Wilhelm Hoffrogge of the Lower Saxony Poultry Farmers' Association said people would have to regularly eat 100 affected eggs a day to be at any risk at all.

In one state alone, Lower Saxony, 1,000 farms have been ordered to stop selling any produce.

In another state, Thuringia, authorities were trying to discover the whereabouts of hundreds of young pigs raised on contaminated food in December and then sold to other farmers for fattening.

Another state, North Rhine Westphalia, ordered 8,000 hens culled. An official said about 120,000 eggs from the hens had already been sold and most had been eaten already, but thousands still unused were being recalled.

An environmental organization demanded the government publicly identify farms and shops that had sold contaminated produce.

Reinhild Bruning, farm issues campaigner at the Union for the Environment and Nature Protection (BUND) said, 'I want Agriculture Minister (Ilse) Aigner to inform consumers which firms and supermarkets sold these eggs.'

Prosecutors in Itzehoe, north of Hamburg, began an inquiry against Harles and Jentzsch. Police in other German states checked storage tanks and warehouses run by the firm to see if they held contaminated stocks.

'Whoever caused the harm has to pay for it,' he told the German Press Agency dpa. He charged that the dioxin had shown up in laboratory tests in November, but some of the feed had continued to be distributed.