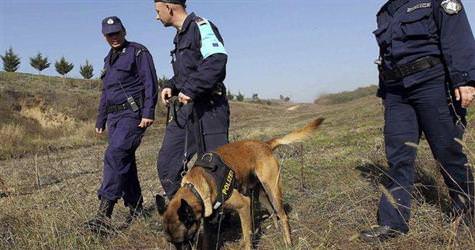 The U.N. refugee agency voiced concern on Friday that Greece's proposed 12.5 km-long fence at its border with Turkey will shut out asylum-seekers fleeing violence and abuse in their troubled homelands.

The fence could lead illegal migrants, including people in need of international protection, to resort to even riskier routes with the help of unscrupulous human traffickers, it said.

Greece said on Monday it planned a fence at its border with Turkey in the Evros region to prevent a wave of immigrants flowing into the debt-choked country. Nine out of 10 illegal immigrants use Greece as their springboard into the European Union.

"While every state has the right to control its borders, it is clear that among the many people crossing Turkey toward the European Union, there are a significant number who are fleeing violence and persecution," Melissa Fleming, spokeswoman for the U.N. High Commissioner for Refugees, told a news briefing.

Greece must establish border control mechanisms that provide concrete guarantees to people seeking international protection, according to the UNHCR. Asylum seekers from Afghanistan form the biggest group entering Greece, followed by those from Somalia, Iraq and Eritrea.

Jean-Philippe Chauzy of the International Organization for Migration echoed the concerns.

"What we've seen in all parts of the world is when a wall is being built to seal a border, smuggling networks basically take migrants and asylum-seekers on increasingly dangerous routes. Obviously there is a human cost."

Greece's land border with non-EU Turkey is more than 200 km (125 miles) long and mostly runs along a river. The fence will be built in the area where most migrants arrive, officials say.

"That route is already dangerous. In fact there are large numbers of migrants and people seeking asylum, potentially, who are drowning en route at the hands of notorious smugglers. So we're concerned that this could get even worse," Fleming said.

The problem is compounded by Greece's asylum system which UNHCR qualifies as "dysfunctional."

Greece is expected to pass a new law next week creating an independent authority examining asylum requests and an independent service to oversee detention centers.

Greek government officials said on Friday the frontier state had to protect its borders but was also taking steps to improve asylum procedures.

"Greece cannot take it any more. These are tough times for us. Our economy is in recession. We have unemployment and serious problems," Greek Citizen Protection Minister Christos Papoutsis told lawmakers in Athens on Friday.

"Greece cannot become the promised land for those who want to leave their countries and come to Europe."

Immigration was likely to be discussed during Friday's visit by Greek Prime Minister George Papandreou to Turkey.