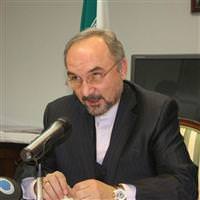 On the eve of nuclear talks in Turkey, Tehran's U.N. envoy said on Tuesday that U.S. President Barack Obama's policy of engaging Iran has failed and he is repeating some of the mistakes of his predecessor.

The West suspects Iran is covertly developing nuclear weapons, and wants it to halt sensitive parts of its atomic program to lay those fears to rest. Tehran says the program is meant for peaceful purposes only and refuses to freeze it.

The talks, set for January 21-22 in Istanbul, between Iran and the five permanent members of the U.N Security Council and Germany, were agreed upon last month in Geneva when the two sides resumed long-suspended negotiations.

Iran's ambassador to the United Nations, Mohammad Khazaee, told a group of reporters at the Iranian mission in New York that his country wanted to be treated fairly and with respect in Istanbul. He accused Obama of failing to live up to his promise to engage with Iran two years ago.

"We believe that this policy, or this intention, or this slogan, has not been successful in many areas, including engagement with Islamic countries, as well as the Islamic Republic of Iran," Khazaee said.

"Some mistakes that during the time of President (George W.) Bush were happening, now are happening again," he added. "We look at the results."

Bush was reluctant to negotiate with Iran and his administration focused on isolating the Islamic Republic.

Obama administration officials say it is Iran that has rebuffed Obama's offers of engagement by refusing to take steps to prove that its nuclear ambitions are peaceful.

European Union foreign policy chief Catherine Ashton said last week that she hoped to make progress in the talks with Iran, which will include herself, Iran's nuclear negotiator Saeed Jalili and delegates from the United States, Britain, France, Russia, China and Germany.

The Iranian envoy said Iran hoped to make clear in Istanbul that it is prepared to cooperate on issues like Afghanistan, Iraq, disarmament and drug trafficking. He added that Iran was a regional power that had to be taken seriously.

"(Whether) you like it or not, Iran is a powerful player in the region," he said. "There is no doubt about that -- and with a nuclear capability, peaceful of course."

He reiterated that Iran's right to a peaceful nuclear program was not negotiable.

The United States and its coalition partners in Iraq and Afghanistan have repeatedly accused Iran of destabilizing both countries by aiding insurgents determined to drive the Western powers out of the region. Tehran denies the charges.

"We are interested in peace in the region," Khazaee said.

He added that he hoped the Istanbul talks would establish a "roadmap for future negotiations" aimed at resolving Tehran's nuclear stand-off with the West.

He acknowledged that the U.N., EU and U.S. sanctions imposed on Iran have had an impact on the country, though he said Iranians have proven they can withstand sanctions.

"We will respond neither to political pressure nor economic sanctions," Khazaee said.

The U.N. Security Council has imposed four rounds of sanctions on Tehran for refusing to suspend its nuclear enrichment program.