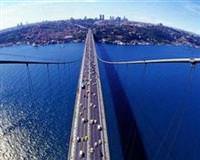 Iran said it had no fresh offer to make to revive a nuclear fuel swap proposal but was ready to discuss it in talks with world powers on Friday, and Russia said ways of easing sanctions on Tehran should be addressed too.

Expectations of any breakthrough in an eight-year-old stand-off over Iran's nuclear ambitions were low ahead of a second round of negotiations between Iran and six powers in the Turkish city of Istanbul on Friday and Saturday.
The six dealing with Iran via European Union foreign policy chief Catherine Ashton are the United States, Britain, France, Russia, China and Germany, and there were resurfacing signs of differences within the group that Iran has sought to exploit.
Speaking on the eve of the talks, Russian Foreign Minister Sergei Lavrov said they should look at prospects for relieving punitive sanctions on Tehran. He criticised the United States and European Union for imposing sanctions unilaterally that went beyond those agreed by the U.N. Security Council last June.
There is international concern that Iran's declared civilian nuclear energy programme is a cover for pursuit of atom bombs.
Escalating economic sanctions have been slapped on Tehran over its refusal to curb nuclear work and make it more transparent.
Those are the powers' goals in negotiations with Iran, which has said its uranium enrichment drive is a sovereign right and not negotiable because it is solely for electricity generation.
The Saudi-owned Al Arabiya TV news channel reported on Thursday that Iran would propose a revised version of a swap that was agreed in principle at a 2009 round of talks and then unravelled. But Iranian officials denied any such intentions.
"I haven't heard about it," Ali Baqeri, a deputy to Iranian nuclear negotiator Saeed Jalili, told Reuters as the Iranian delegation arrived in Istanbul on Thursday.
Another Iranian official said: "There is no new proposal." Tougher sanctions over the last year and possible sabotage that may have slowed Iran's nuclear advance could buy extra time for diplomacy and reduce the risk of the long-running dispute escalating into a military conflict, at least for now.
"TIME PASSING QUICKLY"
Iran's envoy to the International Atomic Energy Agency, Ali Asghar Soltanieh, told a news conference in Moscow that Tehran was ready to discuss a swap on the basis of the one hatched in October 2009 and then revived last May by Brazil and Turkey.
The proposal was for Iran to part with 1,200 kg of its low-enriched uranium (LEU) -- roughly the amount needed for a bomb if refined to a high level of fissile purity. It was then to be enriched to 20 percent and made into fuel assemblies for a Tehran medical research reactor now running out of such fuel.
Iran's effort to revive the idea last May was dismissed by the powers this time since its LEU stockpile had already doubled in the intervening period and Tehran had swung into enriching to higher level that could bring it closer to developing a bomb.
Soltanieh warned that "time is passing quickly" and there would be no reason for a swap once Iran starts feeding its own 20 percent-enriched uranium into the Tehran reactor.
The U.N. Security Council imposed a fourth round of sanctions on Iran in June last year. The United States and European Union followed up with additional unilateral sanctions.
Signalling determination to keep up pressure on Iran, U.S
Secretary of State Hillary Clinton told television network ABC the Obama administration may propose new unilateral sanctions on Iran, one of the world's largest oil exporters.
But Russia said unilateral sanctions were "spoilers" and the talks in Istanbul should look at ways of rolling back sanctions.
"We explained to our partners in the United States and the European Union what we think about unilateral sanctions and we hope they have heard us," Lavrov said at a joint news conference with Turkey's foreign minister.
"It is counterproductive to continuing our common efforts to resolve the Iranian nuclear issue." He said that if an approach for future talks on unresolved issues were agreed in Istanbul, that would be "a good result".
"But this meeting doesn't have just one topic. Cancelling the sanctions against Iran should also be discussed." Russia and China, which have had major trade ties with Iran, have long been concerned not to drive it into a corner over the nuclear programme, which Tehran equates with national pride.