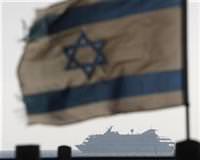 Paintball guns used by Israeli marines who stormed a Gaza-bound Turkish activist ship in May were wrong for the job and may have contributed to rather than stemmed the ensuing bloodshed, experts said on Wednesday.

An Israeli inquiry into the commandos' killing of nine Turks in clashes aboard the Mavi Marmara cleared the navy of serious wrongdoing this week, saying its men resorted to pistols after "less-lethal" arms failed to subdue violent passengers.

Turkey described the conclusions as a whitewash.

An Israeli investigator whose findings were incorporated into the Turkel Commission's report said commanders should not have sent in the first wave of marines with paintball rifles as their main weapons, given the level of resistance awaiting them.

Footage of the pre-dawn swoop showed dozens of passengers on deck wearing life vests and gas masks, equipment that offered substantial protection against the impact from gas-powered paintball guns, which splatter targets with dye.

One of the marines who rappelled down from helicopters was seen firing his paintball gun repeatedly at club-wielding passengers as they set upon him. The passengers stayed on their feet, appearing to rear back only briefly from the paintball barrage.

Asked if using paintballs had endangered the marines, seven of whom were injured in what deteriorated into a long and chaotic seizure of the cruise ship and its 500 pro-Palestinian activists, investigator Giora Eiland said: "It was a mistake."

"When our commanders saw what was happening on the deck (before they began to slide from the helicopters) they should have switched the weapons from paintball to live-fire guns," Eiland, a retired Israeli general and former national security adviser whose report on the raid came out in July, told Reuters.

Three of the first marines to land on the deck were overpowered and disarmed by passengers. The Turkel report said two marines were hit by bullets which might have come from pistols seized from their captured comrades, and the perceived threat of coming under fire contributed to the ferocity of the Israeli takeover.

Mavi Marmara passengers denied using firearms. It is not clear whether they recognized the paintball guns as non-lethal weapons. One activist would tell a news conference the marines had "really interesting guns, like the ones you see in movies".

The raid shattered ties between Israel and Turkey, formerly a rare Muslim ally of the Jewish state, and caused an international outcry. The United States called the Turkel report independent, credible and impartial. A U.N. investigation is under way.

Allegations that the Israelis used wanton violence might have been bolstered by their red paintball dye, the Turkel report said.

"It turned out that this choice was used by various advocates to claim that the red marker in the paintball rounds was blood on the decks and outer hull of the Mavi Marmara," it said. "These advocates used this as evidence that the IDF (Israel Defense Force) soldiers used excessive force, when, in fact, just the opposite was the case."

Television footage showed the activists attacking marines with clubs, iron bars and at least one knife.

According to the Israelis, the marines fired 157 paintball rounds, as well as 308 live bullets, 70 of which were aimed to injure or kill. Twenty-four passengers suffered non-fatal wounds.

Along with their firearms, some marines also had non-lethal electric shockers, stun grenades and so-called "bean-bag" shotgun rounds designed to knock down the person targeted.