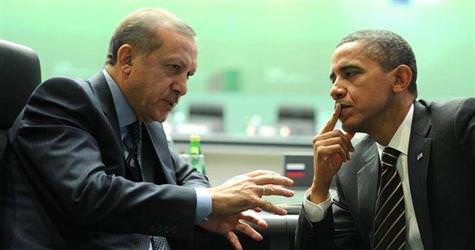 Prime Minister Recep Tayyip Erdoğan spoke with United States President Barack Obama on the phone the night before last to discuss the developments in the region.

According to an announcement released by the Prime Ministry Press Center, Obama made a phone call to Prime Minister Erdoğan in which he expressed the importance he places on assessing the new developments in the region with Prime Minister Erdoğan, someone who has been chosen a number of times as the nation's leader through successful election results in Turkey, a country which has a significantly strong tradition of democracy in the region.
During the discussion, both parties agreed that the legitimate and natural democratic rights of the public in the region must be fulfilled. The conversation concluded with the decision that both sides will be in closer contact regarding all developments from here on out.