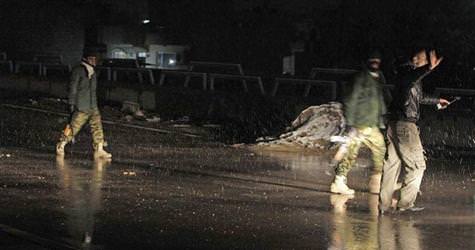 A small plane crashed on takeoff from an airport in northern Iraq Friday, killing all seven people on board, officials said.

The plane went down on the runway moments after takeoff from the city of Sulaimaniya in Iraq's semi-autonomous northern Kurdish region.

The cause of the crash was likely a technical fault and weather was not a factor, the director of Sulaimaniya's airport said.

"It stayed in the air for 10 seconds before it caught fire. The crew couldn't get it back to the ground," said the official, Tahir Abdulla.

Two pilots, a flight attendant and four businessmen on board were killed.

The plane arrived from Ankara, Turkey, a few hours earlier and the businessmen visited the offices of AsiaCell, one of Iraq's major mobile phone service providers, which is partially owned by Qatar Telecommunications.

Abdulla said firefighters had contained the blaze at the crash site and the airport was open for business.