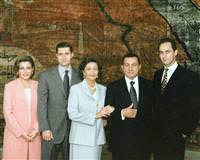 Egypt on Monday imposed a travel ban on former President Hosni Mubarak and his family while complaints about their wealth are being investigated.

The public prosecutor issued an order freezing the money and assets of Mubarak and his family following complaints they had acquired wealth through illegal means, a spokesman for the prosecutor said.

A Cairo criminal court has set March 5 to look into the case, the state news agency MENA said.

The travel ban follows the prosecutor's decision on February 21 to ask foreign governments to freeze the overseas assets of Mubarak, who handed power to the army on February 11 and headed to the Egyptian Red Sea resort of Sharm el-Sheikh with his family.

He stepped down in the face of mass protests.

Media reports suggested the former president's wealth may total billions of dollars. Protesters had accused him of squandering the wealth of the Arab world's most populous nation. Aides insist he has done nothing wrong.

The prosecutor's spokesman Adel el-Saeed said all banks and authorities in Egypt, including the graft authority, had been instructed to implement the prosecutor's decisions.

Mubarak's wife Suzanne and his two sons, Gamal and Alaa, together with their wives, are included in the decision.

Egypt's graft authority said on Monday it would take the necessary steps to expose secret bank accounts of the ousted president and his family, MENA reported.

Egypt's foreign ministry told its embassies in the Arab world and Western countries on February 22 to freeze the assets of the toppled leader and his family.

Switzerland, the world's biggest offshore banking center, ordered a freeze of assets that may belong to Mubarak shortly after he was toppled by the popular uprising.