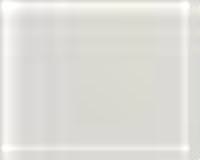 Troops loyal to Muammar Gaddafi have launched counter-offensives against rebel-held towns, increasing fears that Libya is heading for a civil war rather than the swift revolutions seen in Tunisia and Egypt.

The resilience of Gaddafi's forces in the face of the insurrection which started in mid-February and their ability to counter-attack has raised the prospect that this oil exporting nation is heading for protracted conflict.

But after what residents said was fierce fighting on Sunday with artillery, rockets and mortar bombs, rebel forces announced they had fought off Gaddafi's forces in the towns of Zawiyah, to the immediate west of Tripoli, and Misrata to the east.

Residents of the rebel-held eastern Libyan oil town of Ras Lanuf, however, fearing assault by government forces, were leaving in cars laden with belongings on Monday and rebels said they had moved weapons into the desert for safekeeping.

There was little sign of rebels on the main road heading eastwards out of Ras Lanuf, 660 km (410 miles) east of Tripoli, a day after they retreated to the town from Bin Jawad, the next town to the west, under heavy artillery fire from the counter-attacking government army.

"We heard our positions would be bombed, so we took our weapons away," one rebel told Reuters on the windswept highway on Monday. Another said: "We took them out into the desert."

A third rebel said the insurgents were redeploying into the desert to prepare for an attempt to wrest back Bin Jawad, which is on the main coastal highway to Gaddafi's hometown of Sirte, a prize the rebels aim to take.

But rebels at checkpoints were nervous rather than confident as before, saying families were fleeing Ras Lanuf and Bin Jawad to get out of possible harm's way.

"We are leaving simply because it will be safer," said the head of one family in a car stuffed with household belongings.

As the conflict escalated in Libya, U.S. crude oil rose to a 2-1/2-year high on Monday, while investors kept a close eye on top exporter Saudi Arabia, home to most of OPEC's spare capacity, where clerics forbid protests at the weekend.

U.S. crude for April rose as much as $1.90 to $106.32 a barrel, the highest price since September 2008, heightening concerns that high energy prices may derail the global economic recovery. The U.S. government reiterated that it could tap its strategic oil reserves to safeguard economic growth.

The U.N. chief on Sunday demanded an end to "indiscriminate" attacks against civilians in Libya and warned Tripoli anyone who violates international law will be brought to justice.

U.N. Secretary-General Ban Ki-moon spoke with Libyan Foreign Minister Musa Kusa on Sunday and told him that Tripoli must "uphold their responsibility to protect the country's citizens and to heed the Libyan people's legitimate aspirations."

Misrata, with a population of 300,000, is the largest town controlled by rebels outside the rebel-held east of the country.

If rebel soldiers were able to push their fitful advance westwards, Misrata could be a stepping stone to reaching the capital, Tripoli, Gaddafi's principal powerbase.

Rebel council spokesman Hafiz Ghoga told a Benghazi news conference late on Sunday: "We would like to put the people of this great nation at ease ... because the regime is spreading rumors. Both Zawiyah and Misrata are secured, liberated cities."

Gaddafi's troops, backed by tanks, artillery, warplanes and helicopters, had attacked positions near the oil port of Ras Lanuf. "Gaddafi's cut us to pieces. He's firing on us with tanks and missiles. I don't know what we're going to do now," Momen Mohammed told Reuters.

One fighter returning wounded to Ras Lanuf from Bin Jawad was asked what he had seen. "Death," he replied, too distraught to say any more.

Rebels said they planned another attack on Bin Jawad, which is only 160 km (100 miles) from Sirte, on Monday morning but this was cast in doubt by the apparent retreat from Ras Lanuf.

Rebel commanders told Reuters that Gaddafi's forces were reinforcing Sirte, where they had more than 20,000 fighters. They said the city houses the Saadi (a son of Gaddafi) battalion which includes four brigades, as well as armed tribe members.

Loyalists had poured into the streets of Tripoli at dawn on Sunday firing into the air and holding portraits of Gaddafi, who has ruled the OPEC oil and gas producer for 41 years.

Rebels surrounded by troops near the center of Zawiyah, 50 km (30 miles) west of Tripoli, had faced another attack after repelling two assaults by tanks and infantry the day before.

"This (Sunday) morning, there was a new attack, bigger than yesterday. There were one and a half hours of fighting ... Two people were killed from our side and many more injured," spokesman Youssef Shagan said by telephone.

"The brigades tried to reach the center of the town but revolutionaries managed to repel them. They retreated to the air base," said a resident who declined to be named.

At least 18 people, including a baby, were killed in the fighting in Misrata on Sunday, a doctor told Reuters by phone.

Doctors at Ras Lanuf hospital said two dead and 22 wounded had arrived from the fighting. A French journalist was shot in the leg, a doctor said, and four rebels were seriously wounded and unlikely to survive.

British Foreign Secretary William Hague said on Sunday that what he called a UK diplomatic team that had been seized in the eastern city of Benghazi had now left Libya.

"They (the rebel army) did capture some British special forces. They could not ascertain if they were friends or foes. For our safety we are holding them and we expect this situation to be resolved soon," a rebel source in Benghazi said earlier.