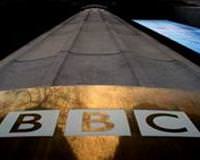 A survey conducted by English broadcasting establishment BBC and Globescan reveals that the Turkish public’s perspective of the USA, France, England and the EU has increased in positivity in comparison to last year.

The survey, which was conducted between December, 2010 and February, 2011 by telephone or face to face questioning of 28,000 people in 27 different countries, measures the negative or positive impressions of a number of societies in the international arena.
Even though Turkey's opposition of the United States persists, the percentage of those who expressed negative sentiments has dropped by 21 points, bringing the previous 70 percentile figure down to 49 percent. The number of individuals to express a positive outlook of the U.S. has increased by 22 points, to 35 percent.
ISRAEL IS SEEN AS MOST NEGATIVE COUNTRY
The survey also showed that 46 percent out of the Turks questioned for the survey had positive things to say about the European Union, whereas only 29 percent had negative comments. The number of those who were in favor of England has increased by 23 percent, while the number of those who found France positive doubled, increasing to 36 percent. According to the survey, the number of people who considered Iran favorably has increased to 36 percent.
In Iran, the number of people who perceive the international community negatively has increased to 45 percent.
Israel is the most negatively perceived nation according to this Turkish public with a whopping 77 percent. Only nine percent had a positive outlook on Israel.