Turkey has not forgotten Japan’s help 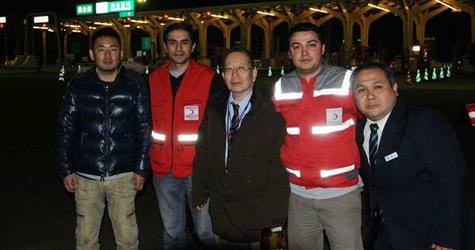 Japan was one of the first countries to come to Turkey’s help following the 1999 Marmara earthquake and Ankara is now doing everything in their power to reciprocate.

In addition to organizations such as AKUT and İHH Turkey's Red Crescent was also one of the first aid organizations to reach the disaster zone.
In addition to sending supplies to Tokyo, Red Crescent also sent a team to conduct inspections as well as to deal with the Turks that were affected by the tsunami. So far, Cengiz Erdoğan and his family who reside in Ishinomaki have been found.
The Red Crescent is also inspecting the damage incurred along the shore of Sendai.
Meanwhile, Istanbul is also taking action to extend a helping hand to the victims of the disaster in Japan. A four member team was sent to Tokyo yesterday aboard a Turkish Airlines flight under Mayor Kadir Topbaş's orders.